2014 Confab Report: Jonathan Explains Why He Couldn’t Implement It 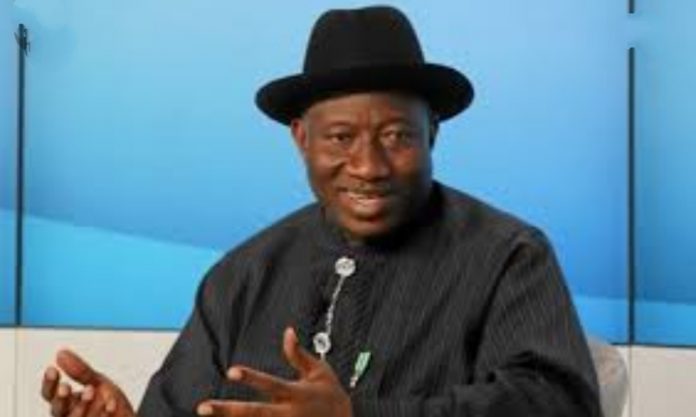 He gave the explanations on Tuesday at a public presentation of a book on the 2014 National Conference tiled: The National Conversation, authored by Akpandem James and Sam Akpe, in Abuja.

Jonathan whose address was read at the event by former Secretary to the Government of the Federation, Anyim Pius Anyim, said, “ When people say I should have implemented the report of the conference, my feeling is either those people did not understand the political environment at the time, the length of time it would take to implement the report of a conference like that or they were just playing politics with such an important matter .

The 2014 confab made far reaching recommendations on issues many Nigerians believed, had the potential of reducing, if not eliminating some of the socio-economic and security challenges currently being faced across the country.

Some of the recommendations include: devolution of powers to states in the area of security and the control of resources among other things.

“Those who are familiar with the process of constitutional review will Know that to implement the confab report, a number of alterations will be made in the constitution which will require the involvement of the National and State Assemblies.

“Such an elaborate review will be termed impossible at the time because at the time the report was submitted in August 2014, we were already on the verge of the 2015 election.

“It is also important to point out that at that time, the Speaker of the House of Representatives, Rt. Hon. Aminu Tambuwual who was a member of my party-The Peoples Democratic Party, had already moved out with some members to join the opposition.

“That meant that a reasonable part of the legislature was already anti-government. When you know that your parliament is under that kind of situation, it would have been impudent on my part to take such a precious document which I considered crucial for development to a parliament that would not take it into consideration.

“Such a task would require the cooperation of the institution responsible for the enactment of new laws and the amendment of some existing ones.

“There was no way that could have been done. We were also fully aware that for a segment of our population were already suspicious of the actions of government, our intentions would have be misconstrued especially against the backdrop of the ECOWAS protocol on constitutional reforms which states that no substantial modification shall be made to the electoral laws of member states in the last six months before the election.

“When I contested the 2015 elections, my expectation was that I would win a second term within which period I would work on the implementation of the confab report within the four year mandate. My first two years would have been dedicated to the implementation of a substantial part of the report,” he explained.

He noted that it was understandable that not everybody would have the time and take the pain to go through the 900 pages of the confab report.

Former President Jonathan said the book could not have come at a better time now that the nation was preparing for the 2023 general elections.

“This book, I believe, is therefore designed to give the people an overview of the document and it is being launched at the most appropriate time.

“A time that the country is preparing for the next general elections I see your effort as a way of preserving this monumental national accomplishment in an engaging book for posterity,” the former President said.

He urged Nigerians to take politics out of our national calculations, if the nation is to make the required development.