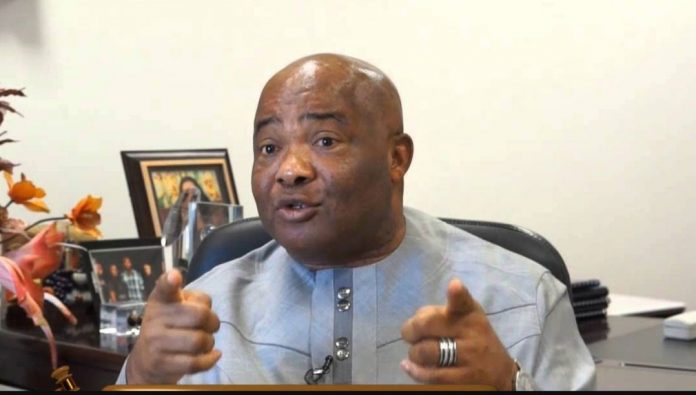 In a statement signed by the Imo State Commissioner for Information and Strategy, Declan Emelumba, the Governor said he never canvassed for such a position.

The statement noted that the Governor was only emphatic that “religion should not be a factor” in picking a Vice Presidential Candidate for the party but competence.

“How can this position amount to advocating Muslim/Muslim presidential ticket?” The statement asked.

He accused those he described as mischief makers of having twisted the governor’s statement.

According to the statement, “Uzodinma made it clear that there is no part of the Constitution where religion is a factor in choosing the President or his Vice.”

The statement said the Imo Governor was emphatic that the ruling party was looking for a ticket that will face the issue of governance squarely and not to talk of divisive issues.