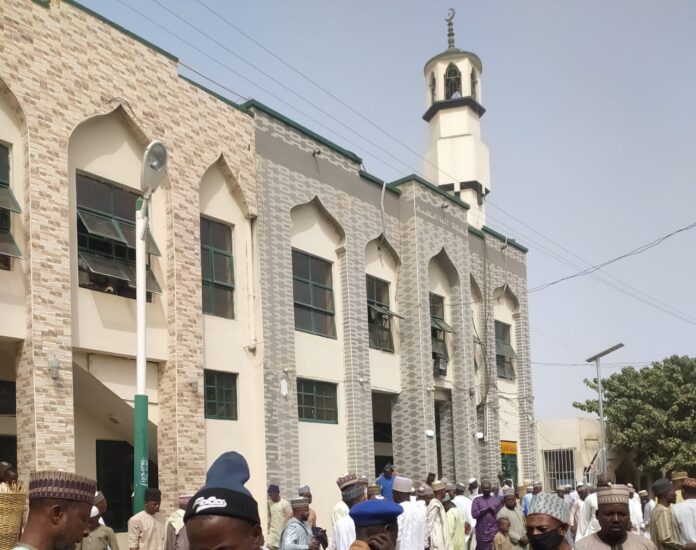 Deputy Chief Imam of Yawusuna Mosque, Gwamaja Housing Estate, Kano, Abubakar Lawan Goromaje, has advised Nigerians to vote candidates of their choice in the forthcoming General Elections in the country.

Imam Lawan, gave the charge on Friday during the sermon he delivered shortly before he led congregation prayers.

“Search your conscience. Chose and vote Candidates that have the fear of Allah at heart and would savage the affairs of the country in good faith.

Look at the positive antecedent of candidates before voting them and never be influenced by any other thing,” he said.

The Cleric also warned the people to unite and never allow politics to divide their good relationship adding that “most politicians do not care especially after elections are over.”

“Do not divide yourselves and engage in enmity in the name of politics. Think about the progress of the State and country at large and cast your vote based on your conscience.

“We are not advising you to vote for a particular Party or Candidate,” he said.

The Imam, whose sermon was centered on “Gratitude,” asked the people to imbibe the attitude of thanksgiving pointing out that Allah is always good and has consistently provided them with their needs.

He enumerated so many things that Allah had provided for mankind through science over which the people must express gratitude.

“Today we have the airplane carrying huge number of people and goods with the aid of Allah from one country to another which eased world’s transportation system.

“The faultless generosity of Allah affects all. If you prayed for something and you didn’t get it, do get worried, perhaps that is best for you in the eyes of Allah. Allah will not give you what He sees that will harm you.

“Be patient while you pray and know that Allah wants the best for us,” he said.

Share your thoughts on the story, 2023: Vote Candidates Conscientiously – Imam Lawan with Nigerian Kicker in the comments section.