A Cry For Peace: International Conference On Religious Dialogue Opens In Rome 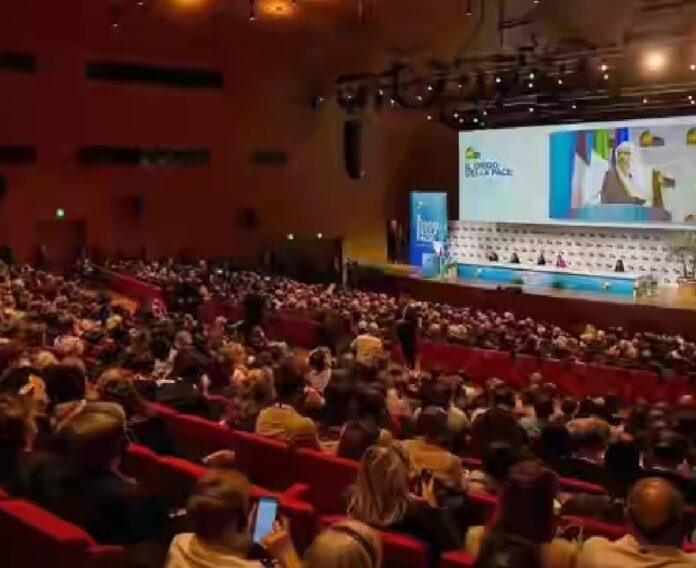 International meeting of Dialogue and Prayers for Peace has opened in Italian Capital, Rome.

In attendance are, 3,500 international figures including the Muslim World League Secretary General and Chairman of the Association of Muslim Scholars, Dr. Mohammed Bin Abdul Karim Al-Issa, Italian President, Sergio Mattarella, and French President, Emmanuel Macron who are Guests of Honour.

Reports say, the event is being held with the support of the Vatican and the participation of the Pope, Senior religious leaders, and representatives of peoples and cultures from all around the world. 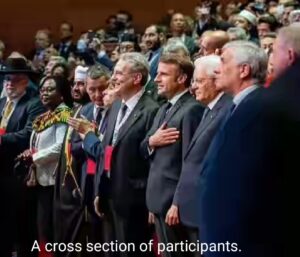 The International gathering is being held under the theme: “A Cry for peace,” and enjoys extensive global media coverage.

The Conference focuses on prominent religious, intellectuals and community leaders around the world.

The meeting include 14 discussion forums, aimed at achieving integration between efforts to establish a stronger structure for dialogue and friendship among peoples and cultures.

Addressing the gathering, Secretary General, Muslim World League, Dr. Mohammed Al-Issa, warned against using religion to disseminate deception and lies, adding that whoever possesses the truth must present it to others in the form of gift, kindness and love.

He highlighted that the values of Islam support the alliance of civilizations, pointing out the role of followers of religions in making plans peace, building the land and preserving it.

Dr. Al-Issa stressed that the MWL is based on respect for all and serving humanity and spreading awareness of the importance of controlling religious emotions. SPA