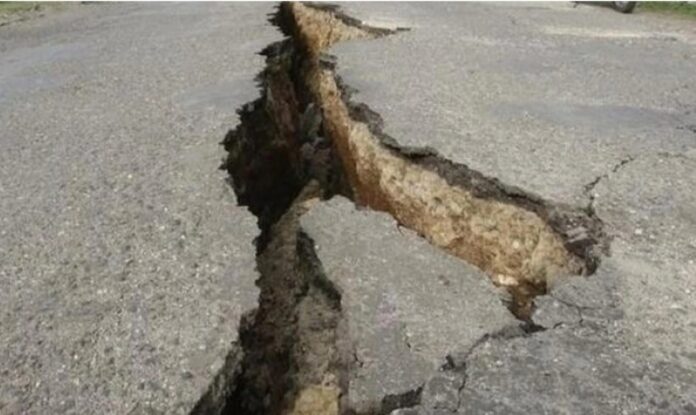 Report from Accra, the Ghanaian Capital says, panic griped residents as Earth Tremor occurred in parts of Accra on Monday.

Director-General of Ghana Geological Survey Authority (GGSA), Daniel Boamah said on Monday that, the Earth Tremor incidents happened around 11:43am, 11:53am, and 11:58am with different magnitudes.

He said incidents like these were difficult to predict, and urged the public to remain calm as more information will be provided subsequently.

“The epicenter is located between Wiaboman and Bojo beach and is about 575m into the sea.

“The recorded magnitudes are indicative of the extent of the tremor. The magnitude of even the main shock is a minor tremor and so it is not expected to cause damage.

“These are natural occurrences and therefore difficult to predict. However, education and sensitization of the public on awareness and response during such events are key. The public is therefore urged to remain calm and go about their normal businesses,” Boamah said.

While Earth Tremors and Earthquakes are signs of seismic movement within the earth, the difference is the intensity of the movement.

Share your thoughts on the story, Accra Ghana Experiences Earth Tremor with Nigerian Kicker in the comments section.