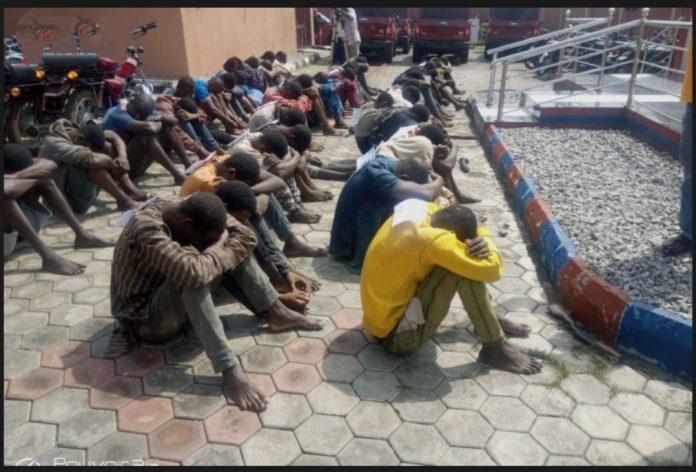 It also paraded other suspects alleged to have been involved in illegal possession of firearms, attempted murder and rape.

Two suspects who attempted to kidnap a businesswoman in the Akoko area of the state were also paraded.

Some suspects were as well paraded for allegedly snatching motorbikes and attempted murder of their suspects in the Oba-Akoko area of Ondo State.

The State commander of Amotekun, Adetunji Adeleye, said the suspects normally hypnotise their victims before kidnapping them.

According to the Corps Commander, the suspects usually kill their victims after snatching their motorbikes and then dismantle them for onward transfer to Ogun State and other neighbouring states as spare parts.

He disclosed that 25 among the suspects would be arraigned as soon as investigations on them had been concluded.

He noted that the Ondo State Governor, Oluwarotimi Akeredolu, had not relented on his determination to rid the state of undesirable criminals.

The Corps Commander urged residents to support security agencies in the state to rid the state of criminals.