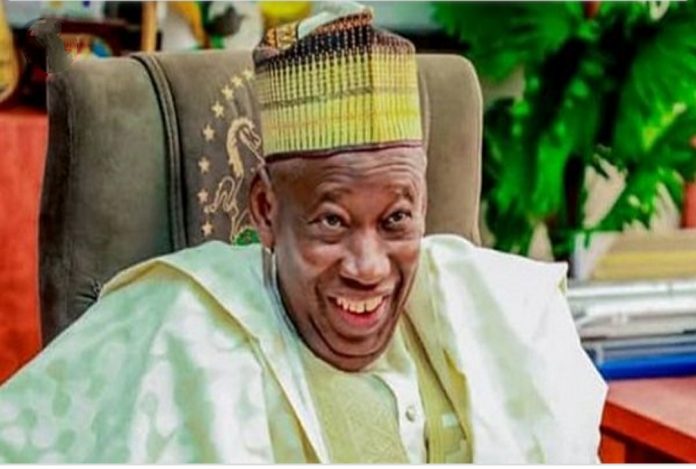 In a congratulatory message he personally signed, the Governor said the emergence of Tinubu as flagbearer of the APC in the 2023 General Elections would be a victory for the Nigeria project.

He said Tinubu has the capacity to provide the needed leadership that would consolidate and built on the country’s democratic gains.

The governor also congratulated other Aspirants for what he called “remarkable sportsmanship” they displayed throughout the painstaking consultation period up to the convention.

Ganduje commended President Muhammadu Buhari for providing the enabling environment that produced the standard flag bearer for the APC, the National Working Committee, the delegates and all other organs and structures of the party across the Federation for their collective efforts in ensuring the success of the convention.

Governor Ganduje called on Tinubu, as Party leader, to bring his immense political and socio-economic experience to bear in ensuring the victory of the party across the board come 2023 General Elections.

Kano State Commissioner of Information, Malam Muhammad Garba who disclosed Governor Ganduje’s message to Newsmen quoted the Governor as charging all Party members to remain united and focused as the Party marches with Nigerians to victory in 2023.