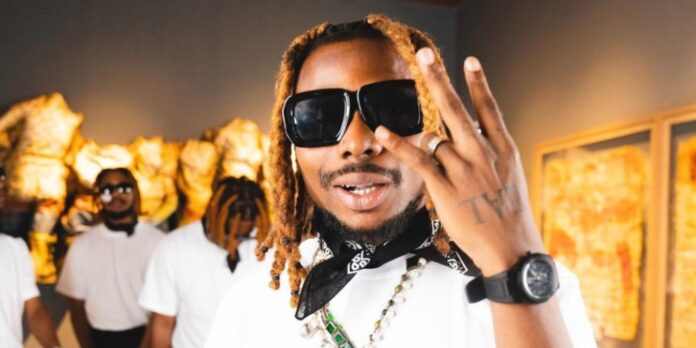 Fans of a popular Nigerian Afrobeats Singer, Ahmed Ololade, popularly known as Asake, have expressed concern over the ticket prices for his December concert.

The concert is scheduled for 22nd December 2022 at Eko Conventional Centre.

In a tweet on Thursday, Asake’s show promoters, revealed that the ticket fees for regular would cost N70,000 per head for standing.

The concert, tagged ‘Mr. Money With Vibe Feat’, ranged from N70,000 for regular, while other ticket prices reportedly ranged from N4 million to N10 million for the highest price of the VVIP category of the concert.

The news triggered mixed reactions from the fans through social media.

@TheMahleek: ”70k for standing?, is now i understand what Asake mean by ‘Prepare yourself’.”

@royzkingin: ”70k to stand for Asake concert?, when Poco Lee is still on snapchat.”

@kusssman: ” 70k for Asake standing tickets, I will leave the venue with one of his speakers.”

kordiemusic: ”They are trying to regulate the type of people that will be at the concert. It’s not a concert for everyone but they don’t want to say it verbally. It is a game of class.”

wizdon_official01: ” I will run to stage now to snap with Asake bouncer will hold me with my 70k.”

ogbdeyforyou: “70k for Asake concert, when I can subscribe ₦500 for 2GB to enter Poco lee Snapchat status and watch the highlights.”

theladymo: “We helped Asake pay his debts, now he want us to run into debt Very ungrateful boi. Btw, I need a loan.”

Share your thoughts on the story, Asake’s December Concert: Fans Fume Over Ticket Prices with Nigerian Kicker in the comments section.