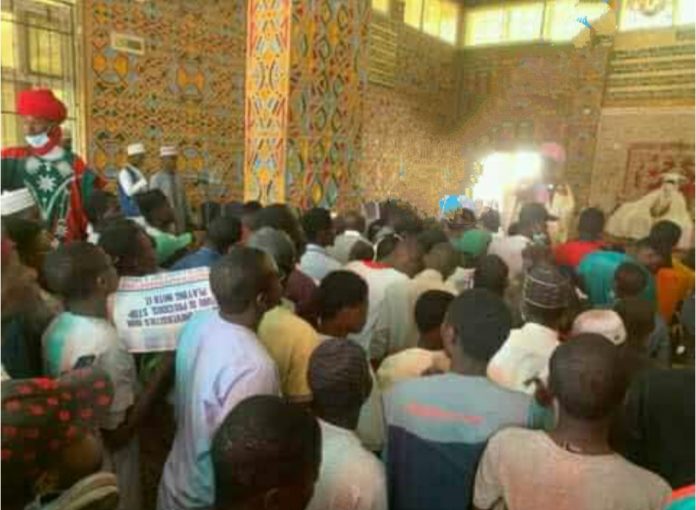 Students from seven Universities across Northwest Nigeria today staged a protest in Kano over the strike of the Academic Staff Union of Universities (ASUU).

Eye Witness of the protest, Bilal Muhammad Bello, who is also a student of Bayero University, Kano, said the students lodged their complaints before the Emir of Kano, His Royal Highness, Alhaji Aminu Ado Bayero where the Vice President of National Association of Nigerian students, Comrade Yazeed Tanko Muhammed expressed their feelings to the Royual Father. 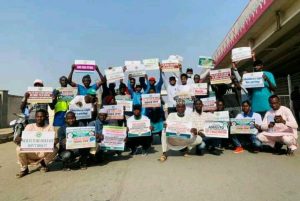 Responding, the Emir of Kano, Alhaji Aminu Ado Bayero calmed the students and told them of his efforts to intervene in the crisis.

“I have spoken to both the Academic Staff Union of Universities and the Federal Government urging then to resolve the matter amicably,” Bilal Muhammad Bello quoted the Emir.

The Emir then advised the students to be good ambassadors anywhere they find themselves.