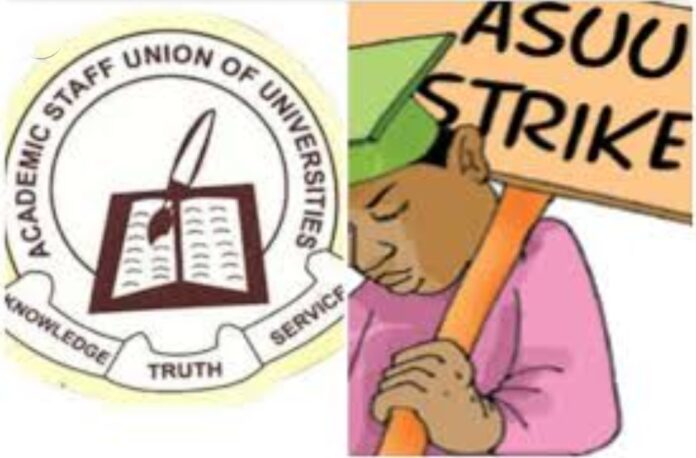 Academic Staff Union of University (ASUU) has finally suspended the strike it embarked on since February, 2022.

The ASUU latest action followed intense negotiations with the Federal Government and the House of Representatives.

The decision to suspend the strike was taken at the end of its National Executive Council meeting held at the ASUU secretariat in Abuja.

Recalled that Nigerian Kicker had reported that ASUU President, Prof. Emmanuel Osodeke had said the union could call off its strike in a few days.

“In a few days, we will put this strike to an end. Let all of us working together and the members of the House of Representatives working together, put a beautiful end to this thing we have started so that every Nigerian will be proud that we have the universities we can be proud of,” Osodeke had said.

“We also extend our appreciation to the President for intervening in the ASUU strike. And I want to appeal that in future we should not allow strike to linger. Strike should not go beyond two days; if the way the National Assembly has intervened.

“If we had done that long ago, or those in charge of Labour and Education had done exactly this, we would not have stayed more than two or weeks on the strike.

“Strike is all over the world, UK, U.S. all over, but they don’t allow it to last. So, once again, thank you very much and we hope that working together, in the next few days, we can put an end to this particular imbroglio in the Nigerian educational system.”

Meanwhile, ASUU President is expected to release an official circular to its member institutions for the resumption of Academic activities in the Universities.

Share your thoughts on the story, Breaking: ASUU Finally Suspends Strike with Nigerian Kicker in the comments section.