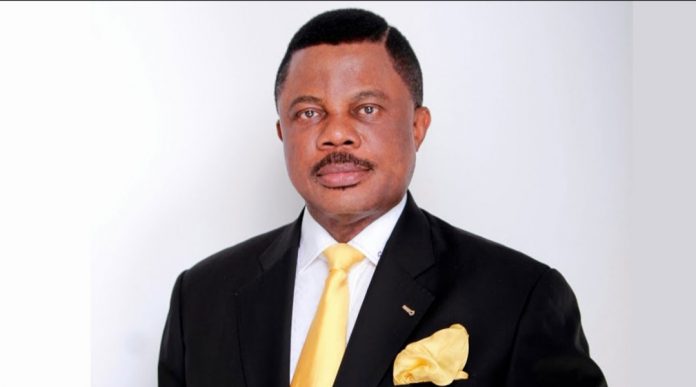 Immediate past Governor of Anambra State, Willie Obiano, has been arrested by operatives of the Economic and Financial Crimes Commission (EFCC).

The former Anambra Governor, was apprehended at the Lagos International Airport, few hours after he handed over the mantle of leadership to the new elected Governor of the State, Chukuma Charles Soludo.

Obiano is believed to be on his way out of the country to the US when he was arrested by the anti-graft Agency.

The EFCC operatives will take Obiano into their custody.

Channels TV reports that Obiano, who has been on the EFCC’s watch-list, was arrested at about 8.30pm Thursday.