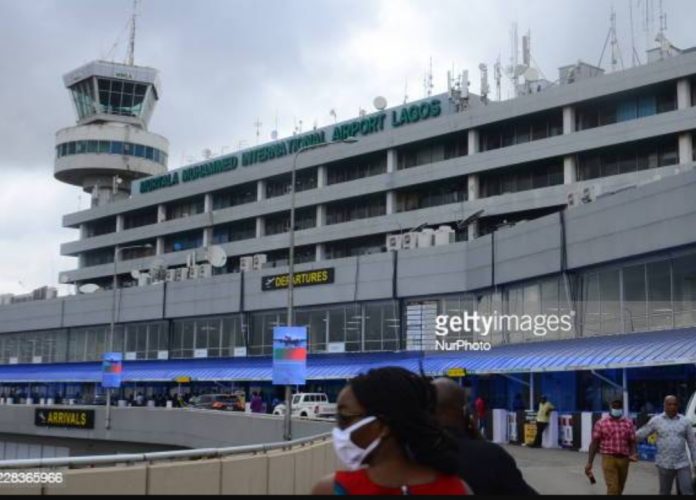 There was near-collision between Dana Plane and a speeding car at Murtala Muhammed Airport, Lagos.

The Dana Air MD 83 plane with registration number 5N Joy was reportedly taxing to join Runway 18L for take-off when the speeding car almost rammed into it.

The plane was departing Lagos airport for Enugu with a total of 157 passengers and seven crew members on board.

Sources said the vehicle, reportedly belonging to the Nigeria Customs Service, was being driven by one of its officers when the incident occurred.