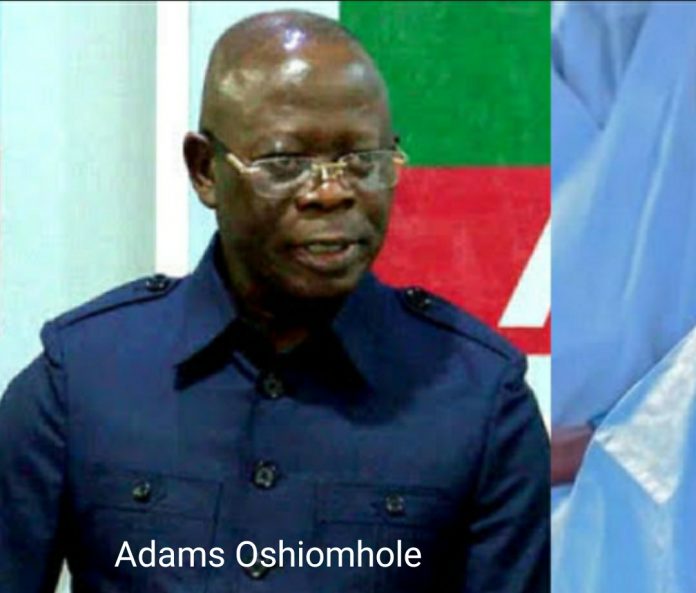 After paying N100 Million for the Presidential nomination form and launching his Presidential Campaign with pump and pageantry, the former National Chairman of the All Progressives Congress (APC), Adams Oshiomhole, has been screened by the party for a Senatorial Seat.

It will be recalled that the former Edo Governor, had earlier declared to contest for Edo North Senatorial District but later announced his Presidential bid some weeks ago at an elaborate event in Abuja.

Oshiomhole had said in his Presidential declaration speech that he was the best candidate to be Nigeria’s next President having been a labour leader and a Governor, adding that his government would be for the workers and working class and not for the Nigerian elite.

It is now clear that Oshimhole bought two forms – one for Presidential and the other for Senate.