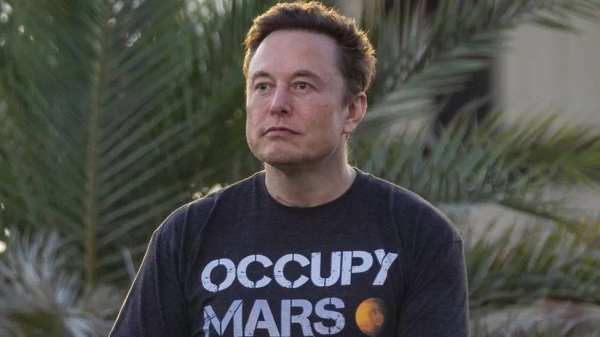 The US former President was excluded from Twitter after a pro-Trump mob attacked the US Capitol on Jan. 6, 2021, just as Congress was poised to certify Joe Biden’s election victory.

In a Saturday Twitter poll, Musk asked his followers if Trump should be allowed back to the social media platform and more than 15 million people cast their online ballots, with the final result 52% to 48% in favor of allowing Donald Trump back again.

“The people have spoken. Trump will be reinstated. Vox Populi, Vox Dei,” Musk tweeted, using a Latin phrase meaning “the voice of the people, the voice of God.”

An irrepressible tweeter before he was banned, Trump has said in the past that he would not rejoin Twitter even if his account was reinstated.

He has been relying on his own, much smaller social media site, Truth Social, which he launched after being blocked from Twitter.

On Saturday before the result of the poll was announced, Trump told a group of Republican supporters that he had no interest in returning to Twitter.

“I don’t see any reason for it,” the former president said via video when asked whether he planned to return to Twitter by a panel at the Republican Jewish Coalition’s annual leadership meeting.

He said he would stick with his new platform Truth Social, the app developed by his Trump Media & Technology Group (TMTG) startup, which he said had better user engagement than Twitter and was doing “phenomenally well”.

Trump, who launched a new bid last week to regain the White House in 2024, praised Musk and said he had always liked him. But Trump also said Twitter suffered from bots, fake accounts and that the problems it faced were “incredible”.

The social media platform has no plans to reinstate Trump’s account following the former president’s announcement that he will seek a second term in the White House, the company confirmed Wednesday.

However, the former president may not have to wait long to get back on the site. His suspension from Facebook is set to be reconsidered in January, two years after it was first imposed.

One change will be immediate: As a candidate, Trump will no longer be subject to Facebook fact checks. That’s because under Facebook rules, comments by elected officials and candidates for office aren’t subject to fact checks on its site. – Euronews