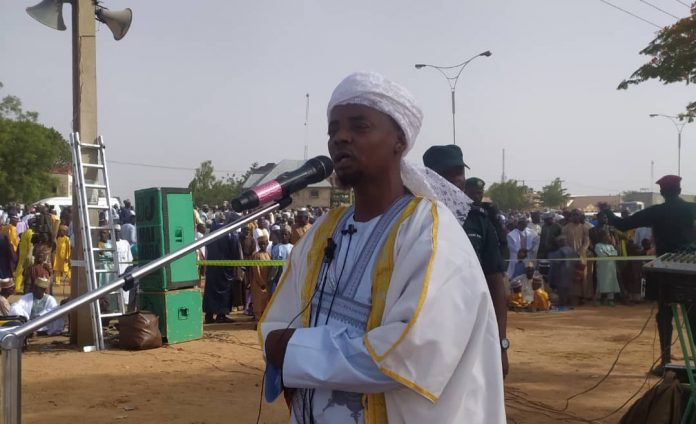 Chief Imam of Uhud Mosque, Naibawa, Kano, Northwest Nigeria, Dr. Kidiri Bashir, has called on the Governments in Nigeria to fear Allah and do all they can to halt the current “merciless killings in the country.”

Sheikh Bashir, gave the charge in a sermon he delivered shortly after leading the 2022 Eid-Fitr prayers at the Gidan Fiat Open Prayer Ground.

The Chief Imam, who lamented the security situation in the country, said peace remains the most valuable commodity among men and appealed to the government at all levels to bring lasting solution to the challenge. 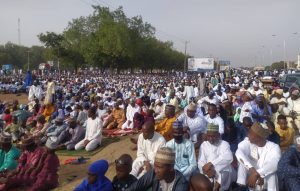 “If there is trouble in the land, even to worship becomes difficult, there will be no market, no going to Hajj, no congregation prayers and sometimes people will flee their homes to unknown destinations. As it is today, no one can give adequate account of the people being killed,” he said.

Sheikh Bashir noted that, not long ago, Nigerians were sending children to outside the country to get good education in countries that have standard Universities and social amenities, adding that today, some of those countries are in crisis and war.

“Today, citizens of those countries are fleeing their territories leaving behind their good social amenities which they hold in high esteem because of war. This shows that peace is the most valuable thing in any society,” he said. 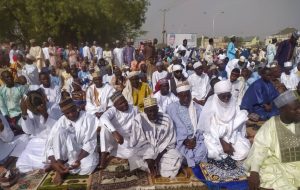 The Imam told the congregation Allah asked the people to look up to Makkah and see how well respected and protected it is without social vices such as stealing and kidnaping but wondered why those who should learn from them are now engaging in what he described as “wickedness.”

He quoted Prophet Muhammad (pbuh), from the Hadith, as saying that “it is better for the whole world to go in the eyes of Allah than to shed the blood of innocent people.” 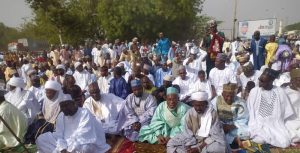