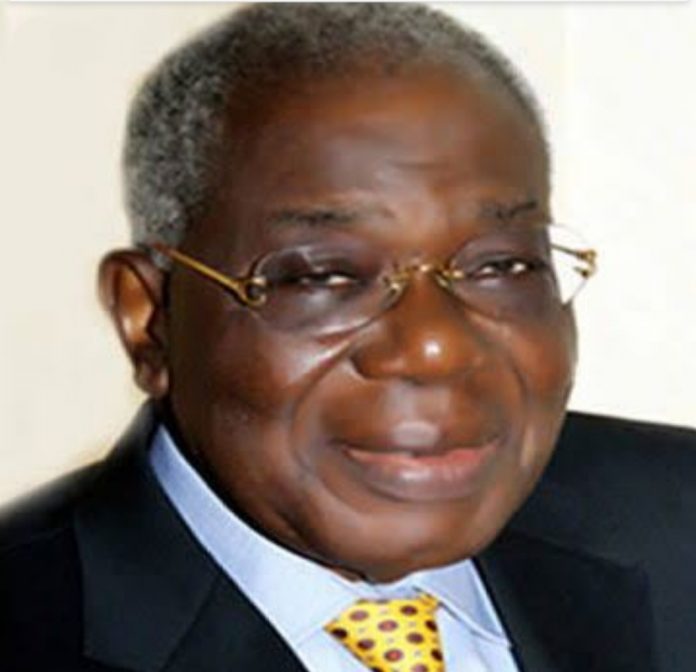 Adeboye Shonekan, who stated this on behalf of the family said further details of his death would be released in due course.

The Ogun-born former Nigeria Leader died Tuesday morning at the age of 85.

Condolences have already been pouring in for the late statesman who was popularly known as the Baba Sale of Egbaland.

President Muhammadu Buhari has condoled with the family describing Shonekan as an internationally-respected statesman with courageous wisdom.

Also in his condolence message, former President Goodluck Jonathan said Shonekan was a peacemaker and a bridge builder who left enduring legacies.