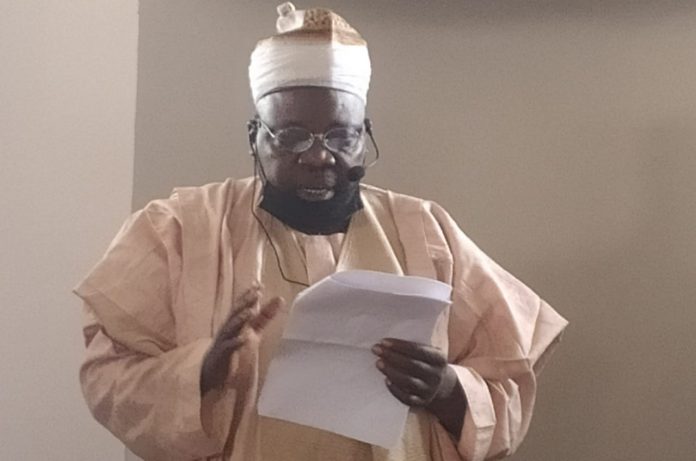 With the count down to the 2022 Ramadan Fast, the Deputy Chief Imam of Fibre Juma’at Mosque, Jos, Plateau State, Sheikh Auwal Danladi, has admonished Muslims to pray fervently for Allah’s mercy for them to witness the fasting expected to begin early next month.

He said, apart from the fact that the Quran was revealed during the month of Ramadan the month is full of blessings and urged the believers to count themselves lucky to take part in it.

The Islamic Scholar whose sermon centered on “Blessings of Ramadan” said it is incumbent on every Muslim faithful to intensify righteous deeds and supplications during the fasting period with good intentions at all times.

He also said that the believers should, at the end of the fasting period, pray to Allah to bless their deeds during the period.

“When you prayed Allah to allow you witness Ramadan and you have witnessed it, you should use the period to increase your good conduct and behavior. At the end of the fasting period, you should pray Allah to bless all your good deeds,” he advised the congregation.

He said the reward of goodness is only enjoyed by those who do good and called on believers to have the heart of giving especially to the less privilege in the society.

“Some people use to engage in monthly contributions ahead of Ramadan Fasting. They use the money gathered for the purpose of assisting the less privilege,” he recalled.

Sheikh Danladi, reminded the worshipers that Allah has given mankind the freedom of choice, pointing out that the onus rests on anyone to choose the path of Allah or choose that of the devil.

He expressed disgust over what he called lackadaisical attitude of some people towards worshiping in the mosque during the month of Ramadan.

“If you enter some mosques, which ordinarily should be full, you will find out that only few people inside the mosque while the Imam is delivering lectures. You will find many gather outside the mosque making noise and discussing irrelevant issues that are not beneficial to them spiritually,” he observed.

He reminded the congregation to know that the clock is ticking and the time is going adding that they can only seek forgiveness here on earth.

Imam Danladi prayed Allah for forgiveness and asked Him to set the people free from the current socio-economic difficulties facing them.