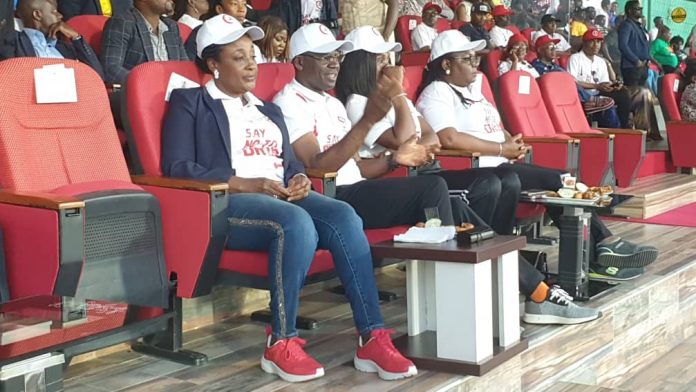 Mrs. Obaseki stated this on Thursday while declaring the Tournament open at the Samuel Ogbemudia Stadium in Benin City.

The Tournament, she said, is second edition, scheduled to run between Wednesday, September 7, 2022 and Saturday, September 17, 2022.

“It gives me joy to welcome you all to this year’s edition of the annual Betsy Obaseki Women Football Tournament. I assure you that you will have a wonderful time during the tournament.

“We had 12 participating teams last year.  This year, we have 13 teams to compete in the tournament.  We will continue to grow and ensure that the vision of the tournament which is, checking social vices among youths, especially the girl-child, is realized,” she said.

Our correspondent reports that the opening ceremony was heralded by pomp and pageantry, with each of the 13 participating teams parading in their traditional colours to mark their presence at the tournament.

Share your thoughts on the story, Find Out The Aim Of The 2022 Betsy Obaseki Women Football Tournament Holding In Benin, with Nigerian Kicker in the comments section.