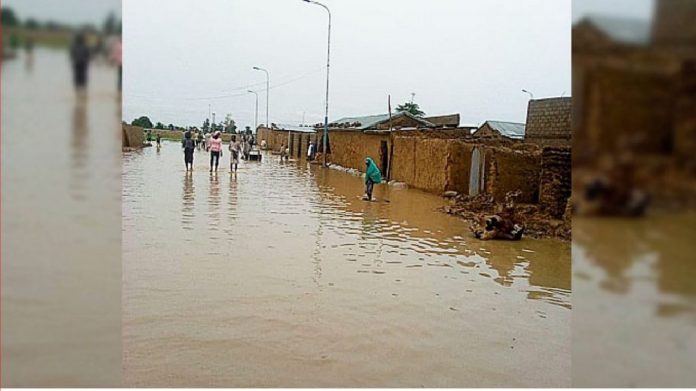 “Yobe State Emergency Management Agency, (SEMA), in line with our collective efforts as directed by His Excellency Governor Mai Mala Buni and in accordance with the Agency’s statutory mandates, has since commenced activities necessary for effective mitigation, victims’ support and recovery.

“These operational tasks are multi-jurisdictional, multi-sectoral, multi-disciplinary and multi-resource which are driven and coordinated by SEMA on behalf of Yobe State Government”, Goje said.

He added that, “in a major leadership support for the victims, Governor Mai Mala Buni has directly engaged with National Emergency Management Agency, (NEMA), leadership and also opened communication with both Federal Roads Maintenance Agency (FERMA) as well as Federal Ministry of Humanitarian Affairs Disaster Management and Social Development (FM-HADMSD).

“Also, multi-sectoral onsite assessment was carried out by his Excellency the Deputy Governor, Idi Barde Gubana, especially at the scene of the flooding and collapsed bridge linking 9 wards of Gulani LGA to the rest of the State and country.

“We have successfully relocated all the affected victims in worse hit communities from Gujba and Gulani LGAs to approved public places and safe host neighbouring communities”, he stated.

He said an institutional arrangement had commenced between Yobe State Government and the Nigerian Army to provide an alternative and improvised foldable bridge in Gulani to relink communities.

With Nigerian Kicker in the comments section.