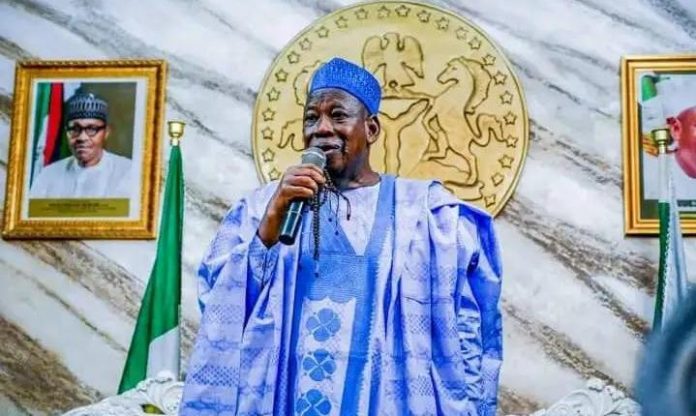 A statement issued by the Kano State Commissioner for Information, Malam Muhammad Garba says the suspension of the swearing-in ceremony is in honour of victims trapped in a three-storey building that collapsed at a GSM Market along Beirut Road in the State Capital.

Recall that Nigerian Kicker had reported on Tuesday that a three storey building collapsed at Beirut road in Kano.

In the statement Governor Ganduje, while sympathising with the victims, ordered an intensified rescue operations to get to those trapped in the rubble.

He lamented the unfortunate incident and assured the people that investigation is ongoing to unravel the cause of the collapsed structure under construction.

The statement also shared the sad moment with the victims of Monday’s flooding that occurred in many parts of the metropolis, during which valuable items were lost in the deluge.