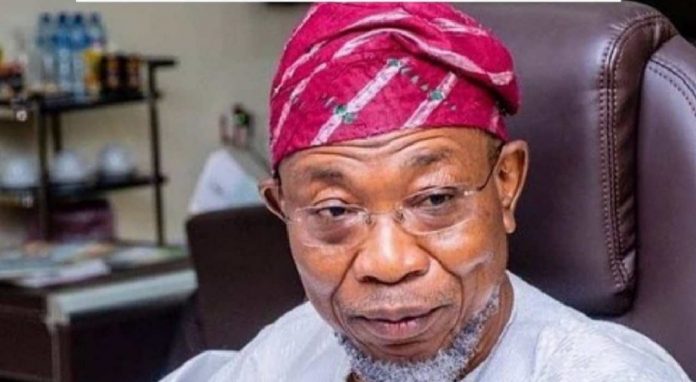 Unknown gunmen attacked the convoy of Minister of Interior, Rauf Aregbesola on Monday during a roadshow he conducted in Osogbo, the Osun State capital.

Eye-witness said gun-wielding hoodlums, suspected to be political thugs, waylaid his convoy and started shooting in a bid to scare away the Minister and his entourage.

There was pandemonium when Aregbesola got to Orisunbare market close to old-garage when sounds of gunshots rented the air.

A team of combined security operatives who were among Aregbesola’s convoy repelled the thugs.

This is coming after Aregbesola, who was a former Governor of the State, openly declared support for the former Secretary to the state government, Moshood Adeoti and proclaimed him as the next governor of the state.