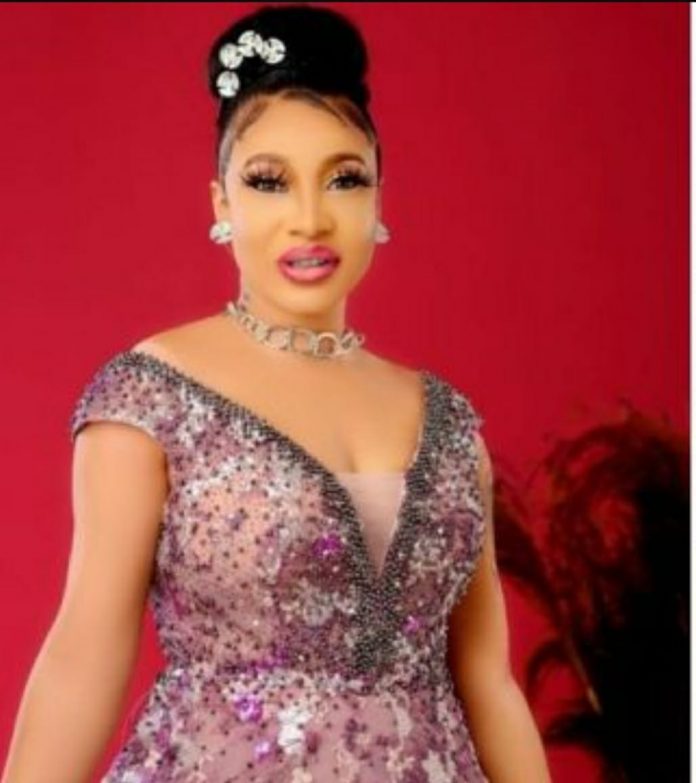 Nigerian Nollywood star, Tonto Dikeh says, she had never attended any burial since from her childhood.

Revealing this through her Instagram page on Thursday, the actress said it was a decision she made as a child.

She, however, noted that the burial ceremony of her “mother” may be the first she would attend.

The actress, in her Instagram post, addressed her friends who had felt shut out during her loss that she had chosen to mourn privately, adding that if she invited them to her mum’s burial, she wouldn’t be able to repay the same favour when the time comes.

She said, she neither needed consolation messages nor monetary contributions, saying the only support she would appreciate were prayers for herself and her family.

In her grief, the controversial actress wrote, “I have never attended a burial before. I will never attend one too. I said this when I was a child and I stick by it.”

“Don’t send a dime or a consolation message. I don’t do so well with that! But know I appreciate you all a lot and I’m grateful,” she said.