I Made A Mistake While Picking My Vice In 1999 – Obasanjo 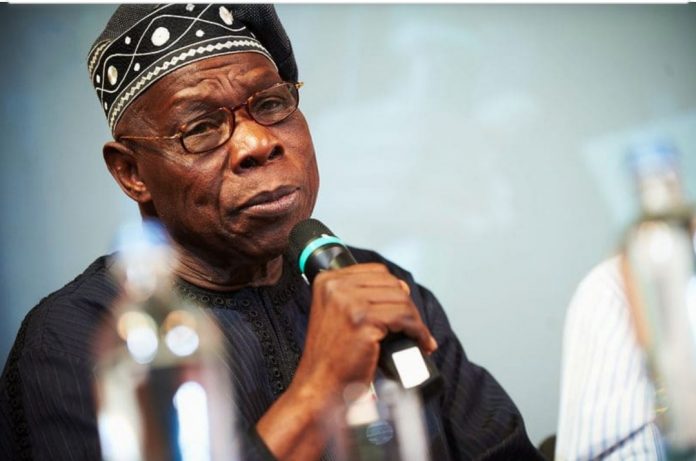 Former President of Nigeria, Chief Olusegun Obasanjo says he made a mistake while picking his Vice when he was elected Civilian President ruled as a civilian in 1999.

He stated this at the Olusegun Obasanjo Presidential Library (OOPL), Abeokuta, Ogun State, while fielding questions from secondary school students in a programme.

In the programme, Obasanjo revealed that he had made many “genuine mistakes” in his life; saying, however, that God made him overcome them.

“One of the mistakes I made was picking my number two when I wanted to become the president. But because it was a genuine mistake, God saved me,” Obasanjo said.

Recall that the presidential candidate of the Peoples Democratic Party (PDP), Atiku Abubakar, was Obasanjo’s second-in-command from 1999 to 2007.

It will be recalled also that while in office, the duo of Obasanjo and Atiku disagreed on issues as they went up in arms against each other for years.

Obasanjo said the second mistake he made was his refusal to accept an asylum offered to him by the American Embassy when he was about to be arrested by the late former military Head of State, General Sani Abacha adding that he would have lost his life during the period of his incarceration, but God saved him.

“When Abacha wanted to arrest me, I was told by the American ambassador that they will arrest me and that America has asked that I should be given an asylum. I said no. It could have been a mistake because I could have lost my life,” he said.

Obasanja maintained that God had saved him from many things that could have been a mistake.

On whether the youths could be allowed to rule the nation, Obasanjo expressed worries, stating that youths may never come into power if the current trend in Nigeria continues.

The former president regretted that in spite of the “Not Too Young to Run” campaign, people who are contesting to rule the country are between 70 and 80 years old.

“How can the youths run?” he asked, pointing out that the amount of money involved in going into politics would not allow youths to get to leadership positions.