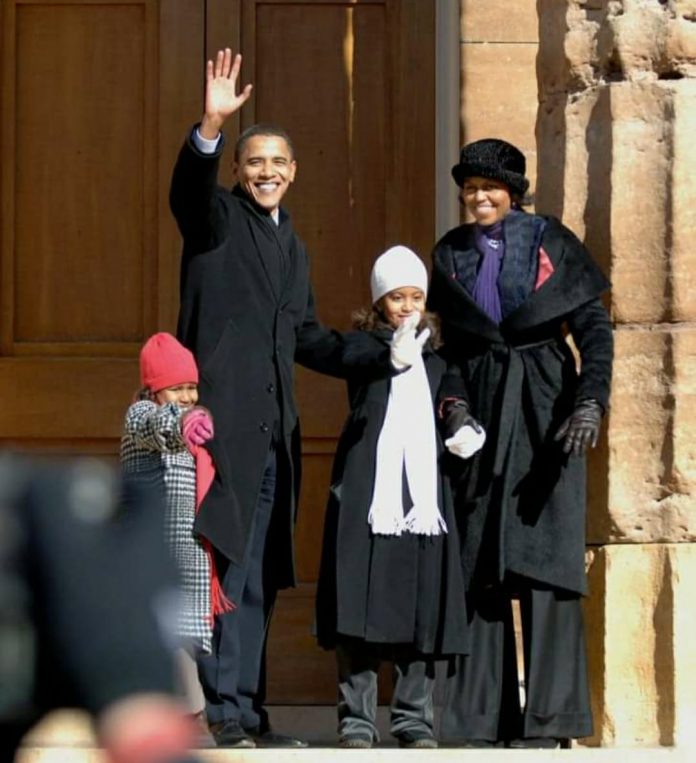 Former US First Lady, Michelle Obama, says, she would never forget the day her husband, Barack Obama, declared to contest for the President of the United States of America.

Michelle, who stated this through her Facebook official page, Thursday, recalled that it was “February 10th 2007 in a bitter cold – about 12 degrees. It was the kind of day where you might think twice about leaving the house if you didn’t have to.”

Apparently in reminiscence, the US former First Lady said, “I remembered being backstage with the girls (her daughters). Sasha was fussing over her pink hat, and I wondered if Malia was warm enough in her scarf. None of us really could have understood what was about to happen – how we were all about to take a journey that would catapult our family onto the national stage.”

She said when they got outside and she looked up, she noticed that there wasn’t a single cloud in the sky. But when she looked out to the crowd, there were people as far as her eyes could see. She said the people had come from all over the state – some were locals, some of them carpooled, others bussed in with their church group.

According to her, the people were of all shapes and sizes, different backgrounds and identities. Strangers who had become friends as they waited around in the cold – all bound by their belief in them, in the promise of her husband, and of the vision he laid for America. 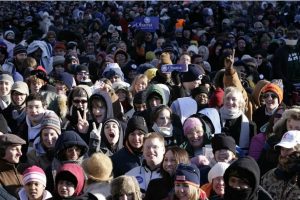 While thanking all those who committed themselves to the success of her husband Presidential race, especially those who were in the campaign train, Michelle asked, “do you remember that day, or were you involved in the campaign in any way? I would love to hear your story.”