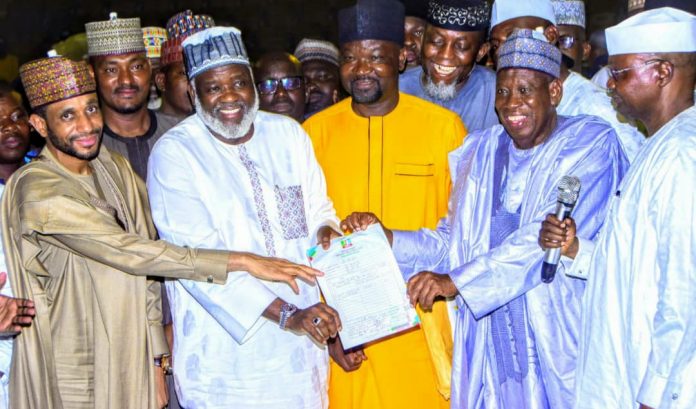 Kano State Governor, Dr. Abdullahi Umar Ganduje has described the just concluded Kano -APC Governorship Primary as thorough and transparent shortly after the Deputy Governor of the State, Dr. Nasiru Yusuf Gawuna emerged victorious in the election as the flag bearer of the Party.

He commended the election committee for living up to expectation.

Dr. Gawuna had defeated his opponent, Sha’aban Ibrahim Sharada to emerge the winner  of the Primary Election held in the late hours of Thursday at the Sani Abacha Sports Complex, Kofar Mata, Kano.

The Kano Deputy Governor polled 2,289 votes while his rival, Sha’aban got 30 votes.