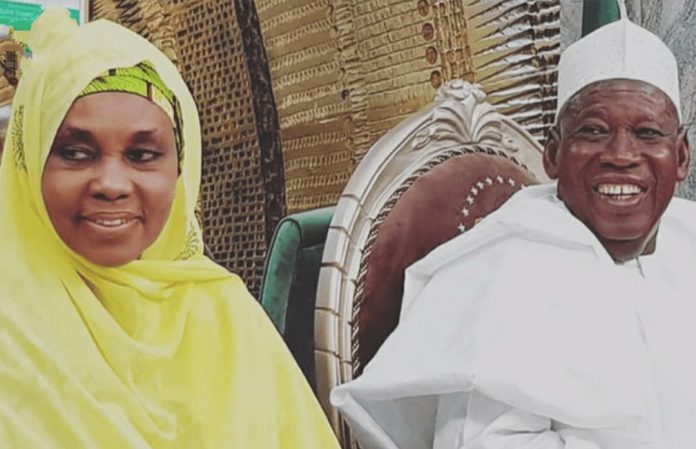 Kano State Governor, Dr. Abdullahi Umar Ganduje and his wife, Hafsat, have been conferred with Chieftaincy Title in Ibadan, the Oyo State Capital.

News Agency of Nigeria, NAN, reports that the ceremony was attended by the APC Presidential candidate, Bola Tinubu; Emir of Kano, Alhaji Aminu Ado Bayero and members of the National Assembly.

He recalled the age-long friendship between Kano and Ibadan, saying that the two old cities would sustain the friendship and extend to other parts of the country.

“We are grateful to the Olubadan, Olubadan-in-Council and Ibadan people for honouring us with these prestigious titles. These give us motivation and encouragement to do more in promoting unity. You made history today in terms of promoting national integration,” Ganduje said.

The Governor thanked Tinubu for gracing the occasion, expressing confidence that he would promote the concept of national integration.

Earlier, the Olubadan described Governor Ganduje and his wife as detribalised Nigerians, adding that the honour was well deserved.

The Monarch narrated how Oba Yoruba Kano, Muritala Alimi, introduced the Gandujes to them as detribalised Nigerians.

“We were made to know how supportive our guests were to the aspiration and eventual emergence of our brother as Oba Yoruba Kano about two years ago.

“We recall how Ganduje came down to Ibadan when there was a clash between Hausa traders and the people of Sasa at the Sasa Market to calm the frayed nerves and peace was restored,” Balogun said.

The Traditional Ruler noted that the conferment would further cement the bond of friendship that had long existed between the people of Ibadan and Kano.