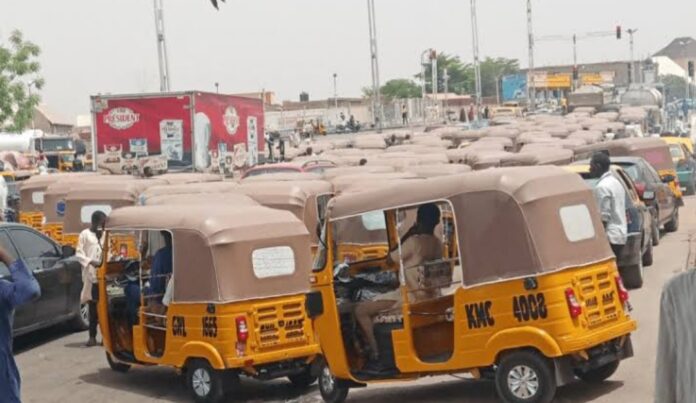 In a statement, Senior Special Assistant to the Governor on Information, Umar Faruk Abdul says, the ban is with effect from Wednesday 30th November, 2022.

According to the statement, the ban will for now affect only two major roads.

The roads are, Ahmadu Bello Way up to Mundabawa Avenue and Sabon Titi road up to Gwarzo road.

Nigerian Kicker Correspondent gathered that already, the State Government has procured buses to ply the affected roads to ease the sufferings of commuters.

Other roads to be affected by the ban will be announced in due course.

Share your thoughts on the story, Kano State Government Bans Tricycles Operation In Metropolise with Nigerian Kicker in the comments section.