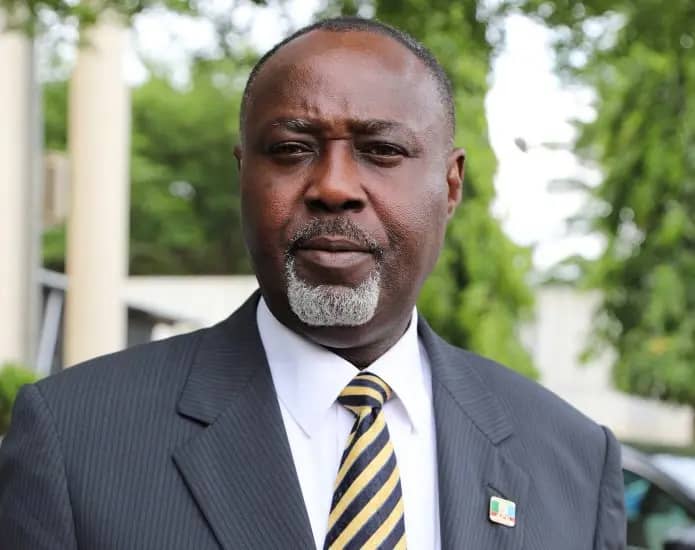 In a condolence message, issued in Lokoja, Moghalu mourned and eulogised the deceased, describing him as an outstanding, highly respected academic who has enormously contributed to the development of education in Imo and the country as a whole.

“I express my profound grief at the loss of an able and inspiring leader; the President-General of Ohanaeze Ndigbo, Prof George Obiozor.

“By his departure from this world, Ndigbo and the nation in general have truly lost a great leader.

“My heart felt condolence to the family, friends and Ndigbo for this irreparable loss and may his soul rest in perfect peace,” he said.

Recall that Obiozor, the Ugwumba of Awo-Omamma, died on Wednesday at the age of 80.

Gov. Hope Uzodinma of Imo announced his death in a statement he issued on Wednesday night.

A member of the Ohanaeze Ndigbo, reportedly said that the deceased died of a heart-related disease.

Obiozor was elected the 10th President-General of Ohanaeze Ndigbo on Jan. 9, 2021, taking over from Nnia Nwodo, who exited office after the expiration of his four-year tenure.

Meanwhile, his burial arrangements are yet to be announced by the family at the time of this report.

Share your thoughts on the story, Late Obiozor: MD NIWA Pays Tribute with Nigerian Kicker in the comments section.