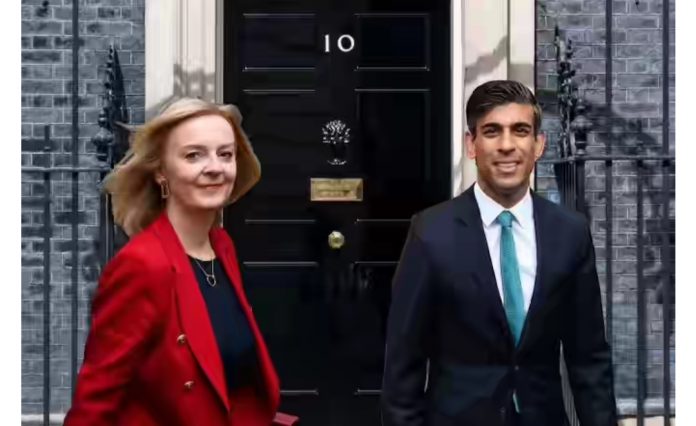 Latest televised debate between the two Conservative contenders vying to become Britain’s next Prime Minister was abruptly halted Tuesday evening after the moderator fainted on stage.

Moments earlier, Truss had stopped speaking mid-sentence with a shocked look on her face as the sound of crashing in front of her engulfed the broadcast.

“Oh my God!” a stunned Truss exclaimed, before leaving her podium to walk towards where the debate moderator, TalkTV’s political editor Kate McCann, had been standing off camera.

The TalkTV channel, which launched in April and was hosting the debate alongside The Sun newspaper, later confirmed McCann had fainted.

“Although she is fine, the medical advice was that we shouldn’t continue with the debate,” it added in a short statement.

Another TalkTV host, Ian Collins, who began broadcasting from the channel’s studio after a short delay, said the candidates were continuing with question-and-answer session off camera with the small audience present at the debate.

“Relieved to hear @KateEMcCann is fine,” Truss tweeted around an hour after the incident.

“Really sorry that such a good debate had to end,” she said.

Sunak also took to Twitter to call it “good news” that the moderator was said to be on the mend.

“It was a great debate and I look forward to getting grilled by you again shortly!” he added.

The event had already been hit by misfortune after The Sun‘s political editor Harry Cole was forced to withdraw as a co-moderator earlier Tuesday after testing positive for Covid-19.

The debate was the second within 24 hours for Sunak and Truss, after the pair squared off Monday night in a feisty BBC debate.

The duo are contesting a run-off to be the Conservatives’ new leader, and thereby prime minister, with the ruling party’s approximately 200,000 members set to vote next month.

The winner to replace outgoing Prime Minister, Boris Johnson, will be announced on September 5.