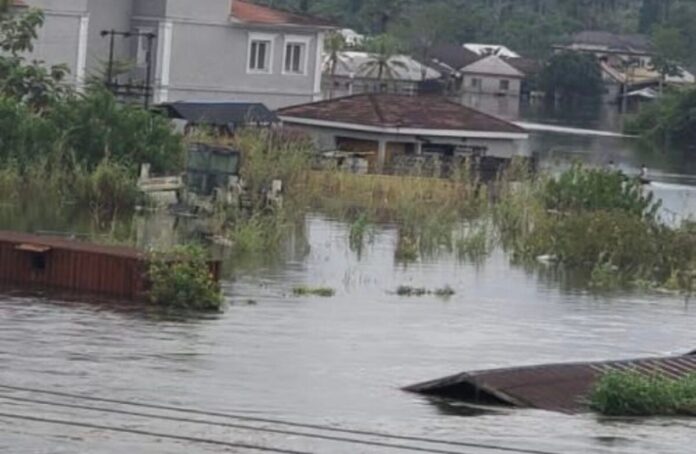 Governor of Bayelsa State, Duoye Diri, who visited the hometown of the former President to assess the situation on Friday, lamented the level of destruction caused by the flood describing it as an “attack by natural disaster” on the livelihood of Bayelsans

The Governor, who disclosed that Otuoke, which is the host community of a Federal University, had been submerged and most of the locals displaced, including Jonathan, further assured the people of the commitment of the State Government to put in place machinery to provide relief materials and medical assistance to victims of the flood.

Diri, who sympathized with Jonathan over the incident also visited the mother of the former President, Eunice Jonathan.

He, however, solicited the help of well-meaning Bayelsans, corporate organisations and the Federal Government to enable the State over-come the present unfortunate situation.

Recall that flood has devastated most parts of the country and almost the entire Bayelsa State has been taken over by flood.

Share your thoughts on the story, Natural Disaster Hits Bayelsa, Takes Over Former President Jonathan’s House with Nigerian Kicker in the comments section.