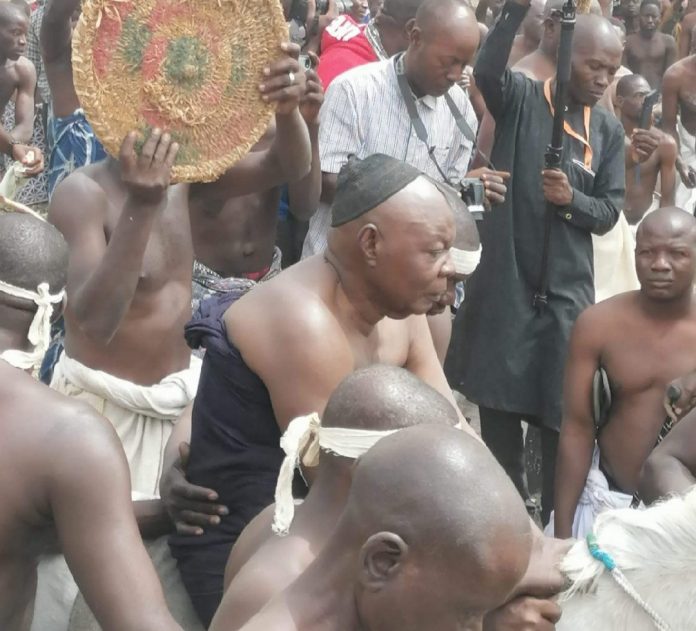 His installation is coming after three months of the death of the Chairman, Taraba Council of Chiefs, Dr. Shekarau Angyu Masa-Ibi Kuvyu II.

Jukun race from far and near and dignitaries from nooks and crannies of the country were brought together during the coronation ceremony which took place on Friday.

The new monarch emerged following his selection by the four kingmakers guided by the Supreme Oracle.

The new Aku has called on his subjects to support him to succeed in presiding over the affairs of the Kingdom and appealed to those who contested for the stool along with him to join hands with him to move the Kingdom forward.

Taraba State Governor, Darius Dickson Ishaku, who was represented by his Chief of Staff, Haruna Istifanus Gbana, had earlier admonished the new Aku to endeavor to work round the clock to help bring about the much needed peace and unity in Jukun land.

The new Aku was born on the 24th of March, 1946. He holds Higher National Diploma (HND) in Forestry from the premier Federal College of Forestry, Jos, Plateau State.