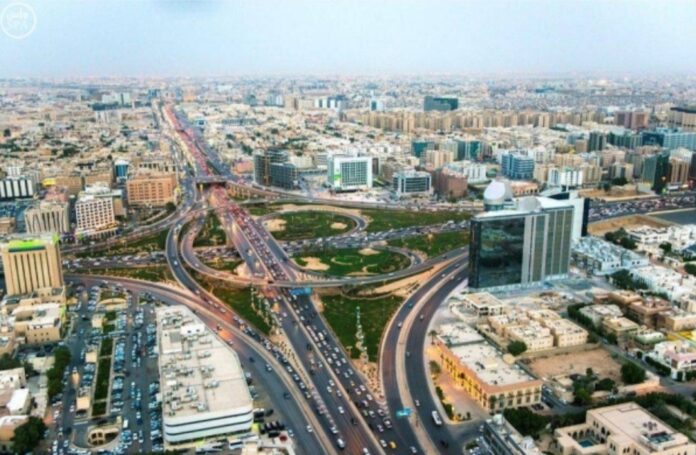 Report from Riyadh, Saudi Arabia says, Saudi Media Forum is exploring a new era for Media in the Kingdom.

This was part of discussions in the Forum’s first edition meeting with the theme, “Challenges and Opportunities in the Media Industry.”

Second edition of the Forum is scheduled to hold in Riyadh on Feb. 20 and 21, and will continue to establish a new era for media.

The second edition will move to a new horizon in the media industry and will be discussing the concept of “Media in a Changing World.”

The forum affirms the importance of media and communication in human societies and encourages cultural and civil dialogue based on positivity and openness, thereby clarifying the role of media and communication in the message that constitutes the base of contemporary societies towards promoting the values of diversity, tolerance, peace, coexistence, and respect for others.

The forum also seeks to be a periodic event that brings together media leaders, intellectuals, culture leaders, experts, and professionals in a single platform to exchange thoughts and visions, engage in fruitful dialogues and learn about the developments of the sector.

The event also highlights the topics of contemporary media in light of changes in the world under an increasing role of media to contribute to facing challenges and providing solutions that affect the future of media.

The world is going through a historical phase characterized by an unprecedented movement towards a new establishment with the changes taking place in the media industry and the rapid developments in the world at various levels.

This is because media and communication in its forms, patterns and means are a link between visions and building concepts and trends.

It is important and vital for leaders, experts, practitioners and researchers of media and communication to meet to discuss and analyze issues and topics related to their work.

Since the launch of its first edition, the forum has been established as an important platform for leaders, experts, and researchers of the media industry for discussion and dialogue, where it brings together more than 1,500 journalists and stakeholders from Arab and foreign countries, and local and international officials reviewing more than 100 research papers, visions and experiments, and attending professional workshops and meetings.

It also provides an advanced professional environment for multiple opinions to be discussed to enrich the specialized knowledge in the media and communication fields.

The importance of media is becoming more important day after day to reach an effective power in human societies.

Changes in reality also affect the nature of the communication media response, where the communications media environment faces enormous variables and challenges, which call for strong media for countries on a solid basis to increase their ability to communicate effectively.

Media is one of the means of soft power that creates influence and change at home and abroad. Whenever the media is effective and influential, it gives an indication of the community’s effectiveness and healthy interaction, with the need for a fertile environment for young generations to attend and participate in effective communication media with the boom in social media networks.

Saudi Arabia today represents an important focal point in the areas of activity around the world because of its diverse wealth of sources and its active role in bringing together views. This is the result of the leadership’s keenness toward the comprehensive development process.

Through 400 media companies, 25 local television channels, 80 media production houses, as well as 20 specialized local radio stations, Riyadh is considered the most important and influential center in the Middle East, and is the region’s largest media and advertising market, in addition to being a rich environment in media experiences of all kinds, capabilities, advanced facilities and broad media space.

In conjunction with the forum, the Saudi Media Forum Award is set for media competitors in the press, television and digital media.