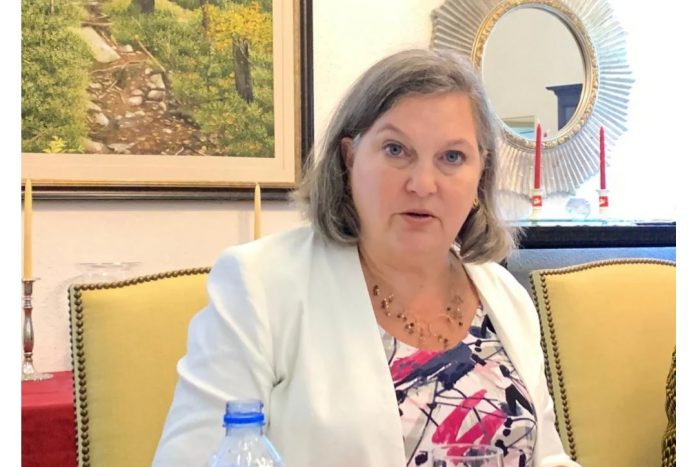 US Under-Secretary of State for Political Affairs, Victoria Nuland, says the United States of America government is interested in Nigeria because the country practices democracy and is the sole decider in the advancement of the African continent.

Nuland stated this on Thursday at a press briefing in Abuja.

“The way Nigeria goes is the way the continent goes. Concerning our strategic interest in the country, there’s always a war between authoritarianism and democracy, and considering the fact that Nigeria is the largest democracy in Africa, if Nigeria can become increasingly stable and secure, empower its population, diversify its economy and empower the next generation, it will be a powerful engine not only for itself but for the African continent and all democracies across the world,” she said.

The Under Secretary, who also met with the Vice-President, Professor Yemi Osinbajo, and the Chief of Staff to the President, Ibrahim Gambari, at the State House, said the focus of her visit concerns the issues of security, free, fair, credible and peaceful elections.

“We have been focusing on the issues of security, free, fair, credible, and peaceful elections. We also talked more broadly about our security relationship, but at the high end in terms of the holistic approach to security, earlier we delivered some Tucano jets, and we are about to have a new delivery of helicopters as well.

“Concerning our cooperation, we talked about the fact that security needs to be about countering terrorism at the high end, however, it also needs to be about what comes behind it – such as better governance, employment, and better opportunity, which would drive out the ability of terrorists and terrorism to return to communities,” she said.

She noted that it was one thing to root out terrorists from communities, but the government must also provide sustainable policing, community security, better services, and good governance, otherwise, the terrorists would always be back.

Nuland commended Nigeria for its leadership in the Economic Community of West African States, saying, “We need a regional approach to this problem because these terrorists are running across borders, and we all need to work together. Nigeria plays a huge role not only for its own security but also for the security of the region, through the ECOWAS.”