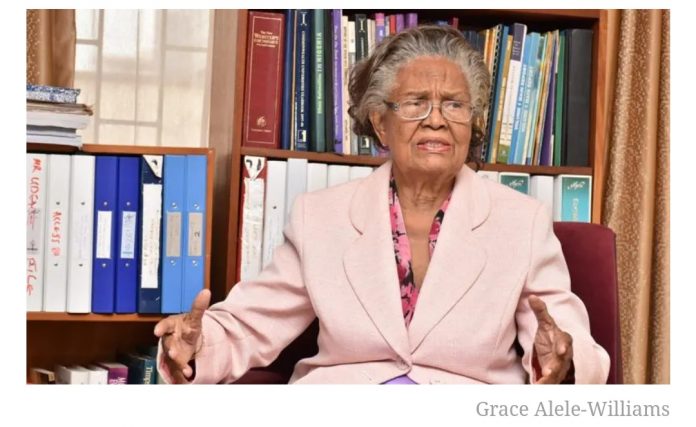 Reports say the late Alele-Williams, who was also the first female Doctorate Degree holder and  retired as Professor of Mathematics Education, died on Friday.

Mrs Alele-Williams, an Educationist, was born on December 16, 1932, in Warri, in the present day Delta State.

The deceased made history when she became the first female Vice-Chancellor at the University of Benin (UNIBEN), Edo State.