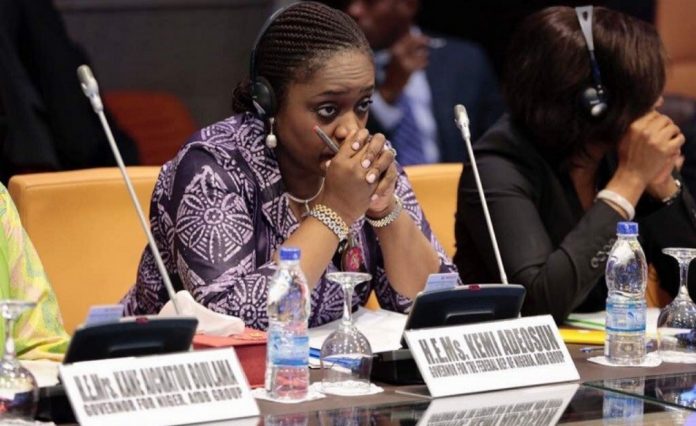 By John Efosa
Former Minister of Finance, Mrs Kemi Adeosun, has recalled the trauma that accompanied her resignation from office following alleged fake National Youth Service Corps, NYSC certificate and how she survived.
It will be recalled that the UK-born former minister tendered her resignation letter on September 14, 2018, following pressure from her questionable NYSC discharge certificate.
Speaking at the 10th anniversary of the Uncommon Woman Conference, organised by the Jesus House Church, United Kingdom, Adeosun said she wept every day, saying it was horrible for her for three months.
She narrated that even though she was vindicated by a court ruling, she never felt better until she received counselling and therapy.
“I was so ashamed at that time because I was into teenagers’ mentoring and all of that. So, the experience negated the lessons I had taught my teenagers. I cried every day for three months; I didn’t do anything for anyone or myself for those months. I just cried, cried, and cried, she said.
“I thought I would feel better when I got vindicated by the court but I still wasn’t happy. The court cleared my name three years later but it took another time of counselling and therapy before I felt better,” Adeosun recalled.