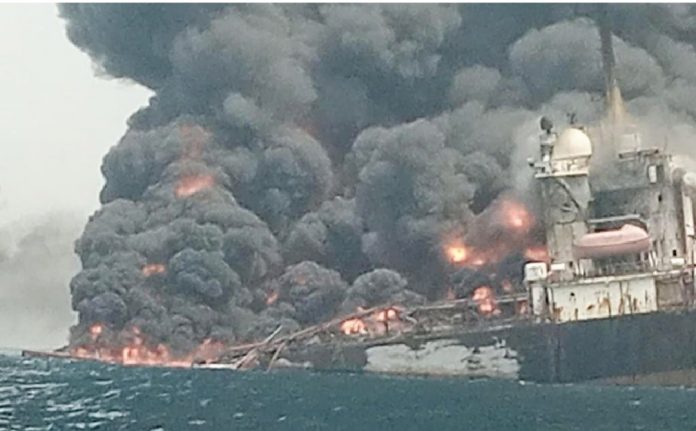 The explosion occurred at the Ukpokiti Terminal, Escravos in Warri on
Wednesday.

Confirming the incident in a statement on Thursday, the CEO (in receivership) of Shebah Exploration and Production Company Ltd, (SEPCOL), Ikemefuna Okafor, announced that the cause is being investigated.

Okafor said, there are no reported fatalities yet but confirmed that there were 10 crew men on board.

“We are prioritizing investigations with respect to their safety and security,” he said.