Over 190,000 Nigerian Refugees In Cameroon, Niger And Chad – Governor Zulum 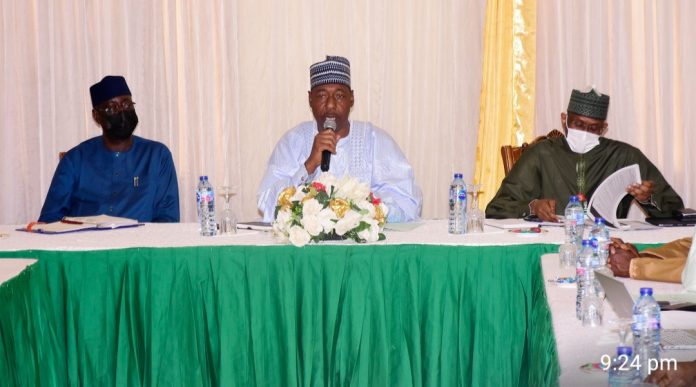 There are over 190,000 Nigerian Refugees currently in three neighbouring countries of Cameroon, Niger and Chad.

Governor Babagana Umara Zulum of Borno State disclosed this on Tuesday in Abuja at an inaugural meeting of a technical working group under the main Presidential committee on Repatriation, Return and Resettlement of Displaced Persons in the North-East, Nigeria.

Governor Zulum said majority of the refugees are from Borno, Yobe and Adamawa States.

The Main committee was constituted by President Muhammadu Buhari who appointed Vice President Yemi Osinbajo as chairman of the committee and Governor Zulum as vice chairman.

Addressing the group at the banquet hall of the presidential villa, Zulum, who is the Chairman of the Technical Working Group charged members to be dedicated and put in their best towards successful repatriation of the refugees.

Governor Zulum explained that sequel to the inauguration of the main committee, Vice President Osinbajo convened an inaugural meeting on March 7, 2022, during which a number of resolutions were adopted, among which was the need to establish three technical working groups for effective co-ordination.

They include, Roadmap for the restoration of peace and development in the North-East; Repatriation, return and resettlement of displaced persons and restoration of livelihood and Strengthening the existing programmes for repentant Boko Haram members.

The technical working groups are made of representatives of office of the Vice President,  Government of Borno, Yobe and Adamawa states, as well as representatives of Federal Ministries of Humanitarian Affairs, Disaster Management and Social Development, Foreign Affairs, Interior, office of Attorney General of the Federation, the National Emergency Management Agency, NEMA and the North-East Development Commission, NEDC.

Other representatives in the technical working groups include those of Nigeria Army, Nigeria Police Force and the Nigerian Correctional Service.