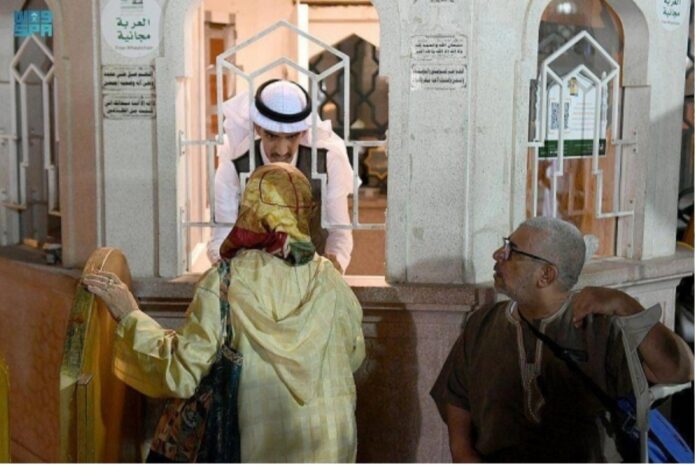 Prophet’s Mosque Agency in Madinah has announced that more than three million people performed prayers at the Rawdah Al Sharif within the first three months of the current Hijri year.

Meanwhile, the total number of visitors who greeted the Prophet, PBUH, and his two companions, may Allah be pleased with them, reached 4,125.257.

According to the statistics, the total number of Iftar (breaking-fast) meals that were provided for the visitors of the mosque reached more than 825,000 within the same period of time.

On the other hand, the total number of beneficiaries of translation in ten different languages services reached 1.2 million, which were provided through websites, channels and field communication.

As for the views of the content published on the social media websites of the General Presidency for the Affairs of the Two Holy Mosques, it exceeded 19.7 million views, while the number of received inquiries reached more than 60,000 inquiries via the unified number (1966) and through the beneficiaries’ services websites. — SPA