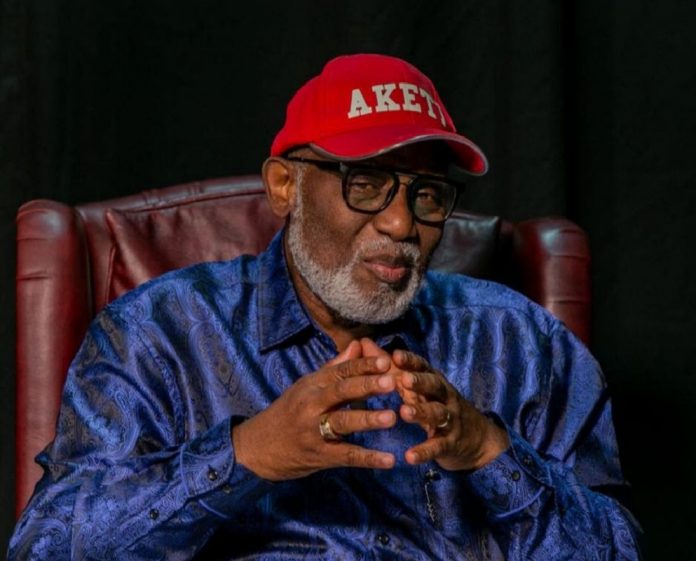 Governor Akeredolu of Ondo State has attributed the peaceful atmosphere in Ondo State to what he called “timely establishment of Amotekun Corps” in the state.

He said the establishment of Amotekun has made Ondo State to be adjudged the “most peaceful state” in the country.

The Governor noted that the Amotekun Corps has performed creditably well adding that the parameters to measure a healthy state is its security situation.

The Governor stated this, Tuesday, at the annual General Prayer Meeting with public servants for the first working day in the year 2022, held at the Governor’s office premises, Akure, the state capital.

He also commended other security agencies in the state pointing out that Amotekun was put in place to complement their effort.