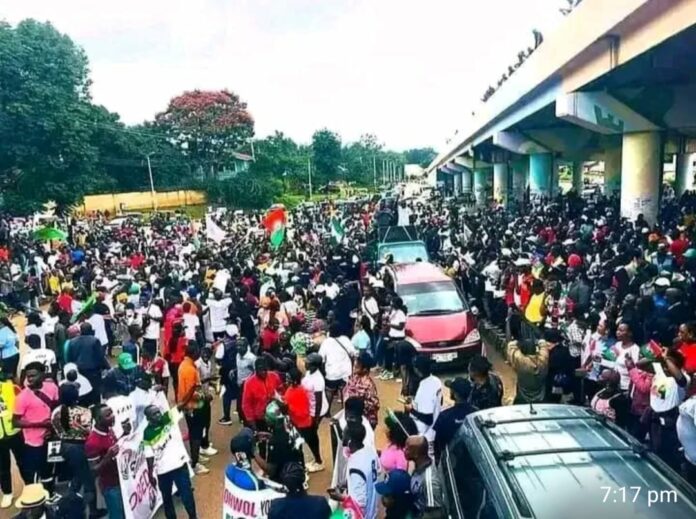 Youths supporters of Peter Obi under the aegis of “New Nigeria Movement for Peter Obi,” from the 17 Local Government Areas of Plateau State, on Saturday held one million man match for Peter Obi, the Presidential flagbearer of Labour Party, in Jos, the Plateau State capital.

A member of the Movement from Jos South, Pam Patrick, told Nigerian kicker that the outing is not yet a campaign but a show of solidarity organized by the youths “without sponsorship” ahead of the commencement of proper campaign for the 2023 general elections.

He said the match commenced at the J.D. Gomwalk Secretariat, led by the popular Prophet Isa El-Buba who encouraged the youths to know their course and reason for the solidarity and refuse to be distracted.

Patrick also told Nigerian Kicker that though Peter Obi was not around but the youths, out of love and solidarity sponsor themselves to ensure the match was successfully.

“Volunteers gave their cars to convey youths from the 17 Local Government Areas to Jos metropolis.

“Some bought fuel for the conveyance of the participants,” he said. 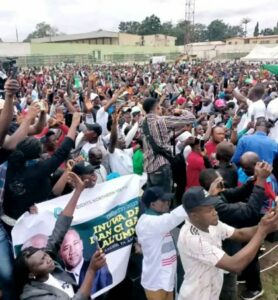 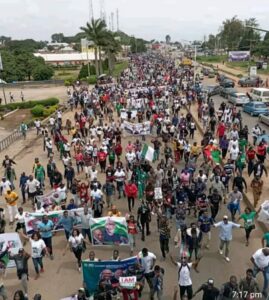 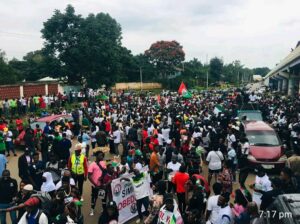 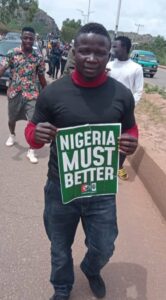