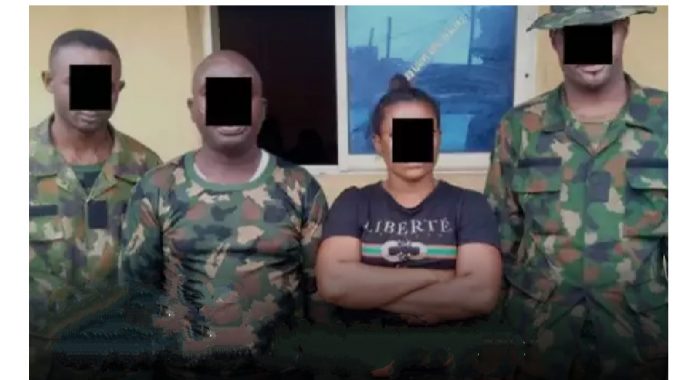 The operatives of the Iju Divison led by the DPO, CSP Gbenga Stephen, reportedly apprehended them.

Public Relations Officer, SP Benjamin Hundeyin, said the impostors were caught in the Iju area on Sunday while moving in a Mazda 3.

The suspects have been transferred to the State Criminal Investigation Department (SCID) Yaba for further investigation.

Share your thoughts on the story, Police Arrests Four Fake Soldiers In Lagos, with Nigerian Kicker in the comments section.