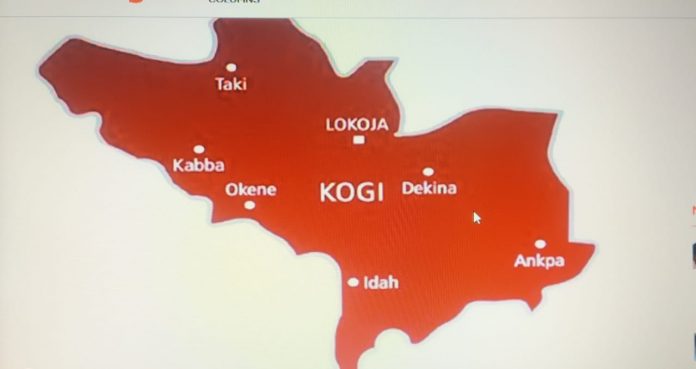 The Ohi of Eganyi, in Ajaokuta Council Area of Kogi State, HRH, Alhaji Musa Achuja, has been arrested and detained over security breach.

His arrest follows Saturday’s killing of three policemen and five vigilantes who were ambushed by bandits in his domain while carrying out their duties.

The three Police Officers and five local vigilantes on Saturday were reported to have been killed in an ambush by suspected bandits in the monarch’s domain.

Reports say the residents of the area had reported at the Divisional Police Headquarters that some people were using their farms for criminal activities, prompting the DPO to immediately mobilise his men and some local vigilantes to go after the criminals.

But unknown to the police, the criminals who had laid ambush for them, opened fire on sighting the security personnel.

The corpses of the victims have been reportedly deposited at the Federal Medical Center, Lokoja.

Meanwhile Governor Yahaya Bello of Kogi State has suspended the Traditional Ruler and querried the Ajaokuta Council Chairman, Mustapha Aka’aba over the development.

The Chief Press Secretary to the State Governor, Muhammed Onogwu confirmed this on Sunday in a statement obtained by Nigerian Kicker.

“Kogi State Governor, Yahaya Bello has directed the suspension of the Ohi of Eganyi and Chairman, Ajaokuta Traditional Area Council, HRH Alhaji Musa Isah Achuja with immediate effect after the investigation that led to his arrest and detention by Security Agent.

“The Governor also directed that the Chairman of Ajaokuta Local Government Area, Mustapha Aka’aba be queried over the breach and should reply within 24 hours.

“The Governor’s directive against the affected persons is in connection with the recent security breach in the area which led to the untimely deaths of some security personnel on their legitimate engagements of maintaining law and orders.

“The Governor strongly warned other traditional rulers across the state who may have connection in one way or the other with criminal elements in their domains to desist forthwith, saying that his administration will deal ruthlessly with anybody who romances with criminal elements no matter how highly placed they are.

“”Also Governor Bello has directed that all unofficial movements of the Local Government Council Chairmen out of their territory and other journeys without due process are hereby restricted.

“The Governor warned that no amount of connivance with criminals will deter him from his fundamental responsibility of protecting lives and property of the citizens and residents of the state,” the statement said.