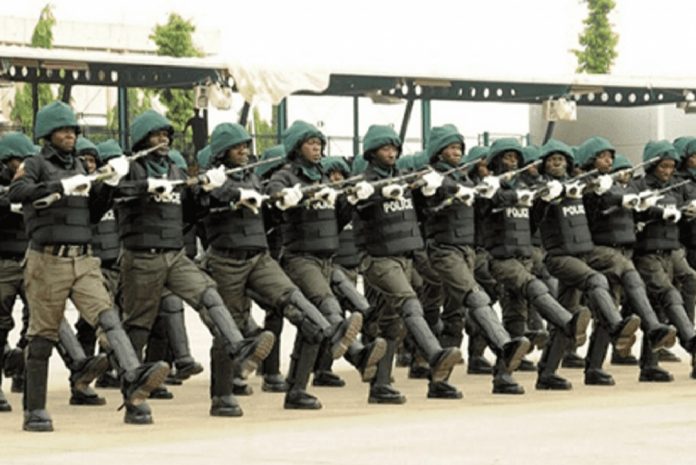 Nigeria Police Force has graduated 422 constables drawn from two states and the Federal Capital Territory, FCT, after their course from the Police Training School in Minna, Niger State.

The IGP disclosed that the event took place simultaneously at fifteen other Police Training Institutions across the country with a total of 9,989 out of 10,000 recruits who embarked on the Training.

He said a total of eleven trainees were dropped because they could not meet the standard set for the exercises during the training.

”The event marked the joyful climax of a physically exerting and intellectually challenging training activities. The training was carefully designed to transit the recruits from civilianship to professional policemen/women with the right orientation to meet the challenges of policing an increasingly democratic and rule of law-driven Nigerian environment,” he said.

He advised the graduands to be disciplined as it was the bedrock of policing and to uphold professionalism in the line of duty.

In his address, the Commandant of the institution, ACP Amodu Aloko thanked the Police  authority for their managerial roles in providing a conducive environment for the recruits during the training.