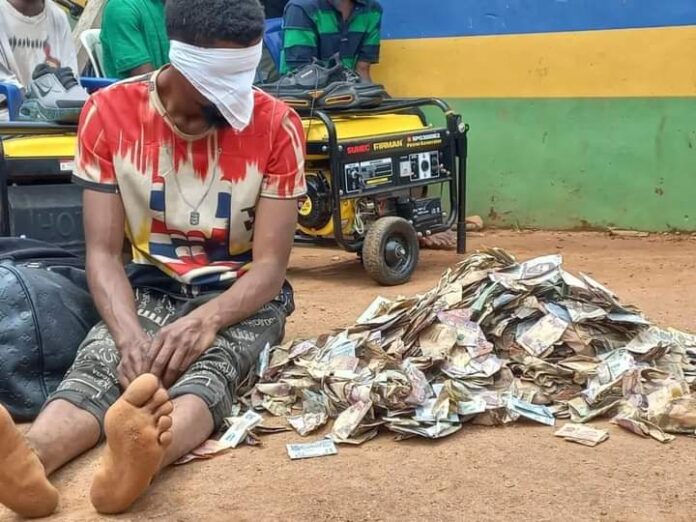 Ekiti State Police Command has paraded a man who allegedly broke into a church in Osun and made away with N600,000 offerings.

Police Spokesman, DSP Sunday Abutu, told newsmen that the suspect had already confessed to the crime and would be arraigned after the completion of the investigation.

Also paraded before newsmen are 18 other suspects who were arrested for offences such as kidnapping, armed robbery, cultism, attempted murder, burglary and conspiracy.

Abutu noted that the suspects were among those terrorising the people of the state, stressing that their arrests were made possible through intelligence reports by residents of the state.

He listed items recovered from the suspects to include two big power generating sets, shoes, clothes and cash.

Abutu assured the people that suspects would all be arraigned at the completion of investigations.

Share your thoughts on the story, Police Parades Man Over Theft Of Church Offerings with Nigerian Kicker in the comments section.