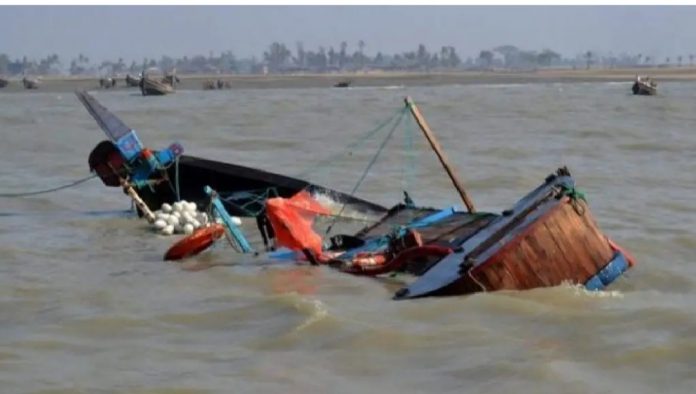 A pregnant woman, one female National Youth Service Corps (NYSC) member, and a 70-year -old Chief, have been confirmed among the passengers who lost their lives in a boat mishap on Saturday between Otuan and Ayama communities of Southern Ijaw Local Government Areas of Bayelsa State.

Nigerian Kicker learnt that also among the victims is a mother with her two children.

The boat and the corpses of the victims are still missing at the time of this report with rescue and search efforts ongoing at Ayama Community.

The boat, with a capacity to carry 15 passengers, reportedly rammed into a barrier while trying to berth close to Ayama community.

It was also gathered that the afternoon rain storm, which made all the passengers cover themselves with Tarpaulin and reduced visibility may have contributed to the disaster.

The elected Chairman of the Maritime Union in Otuan Community, Joseph Shedrack told reporters that the boat driver, Lucky Christopher, who survived the accident, has been detained by the Police Unit in Ayama over alleged reckless driving.

”I was chairman of the Union but some persons who claimed to know more than themselves have been taking charge of the Otuan Unit. If I had been around, I would not have allowed the loading of the boat due to poor visibility and bad weather,” he said.

The spokesman of the Bayelsa State Police Command, Asinim Buatswat, confirmed the incident but said he was yet to be properly briefed on the number of casualties and what led to the accident.