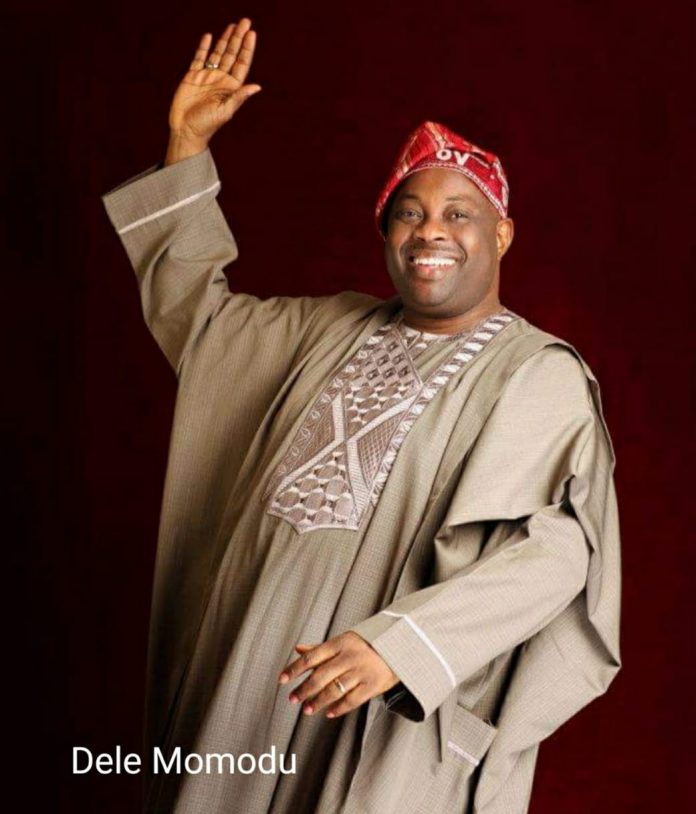 Ihievbe community in Owan East Local Government Area of Edo State exploded, Sunday, when their son, Dele Momodu, returned home to consult with his kinsmen over his aspiration to contest presidential election in 2023 under the Peoples Democratic Party (PDP).

Dele Momodu, reportedly left his ancestral home in Ihievbe 49 years ago when his father died and never returned.

He staged an elaborate ceremony in the quiet community where he declared his intention to contest for the president of Nigeria, saying he is the most qualified person under this dispensation to be president of Nigeria having garnered “tremendous experience” through his interactions with past presidents and heads of state in Nigeria and other countries of the world.

“Honestly, for long, I have been interacting with Presidents, Ministers and Governors because I know that one day, I will be President.

“All I want to be is President of the Federal Republic of Nigeria. Today is the day to say it, finally, before my people. Anybody who thinks he is more qualified than me should come out and say so,” he told the crowd.

The Publisher of Ovation Magazine promised the people that his coming into politics was majorly to serve the citizens and change the narrative of the average Nigerian as far as dividend of democracy was concerned.

The Traditional Head of Ugba Village in Ihievbe community, Pa Rufus Aigbevbole described Dele Momodu as a son in whom they are well pleased.

Dele Momodu was born on the 16th of May, 1960. He is a Nigerian Journalist/Publisher, Businessman, and motivational speaker. His Ovation International is a magazine that has given publicity to people from all over the world, mainly in Africa.