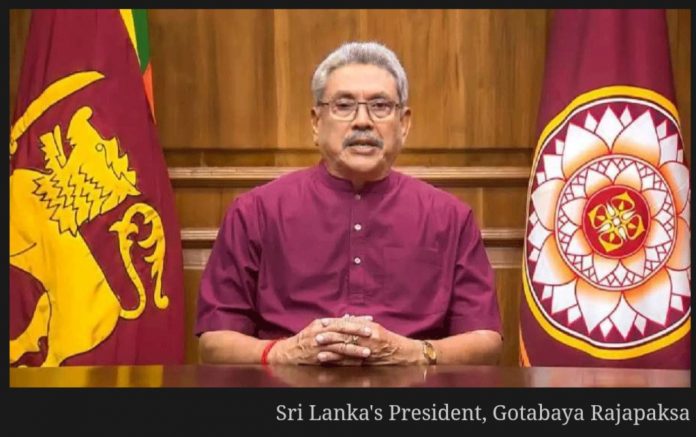 Sri Lanka’s President, Gotabaya Rajapaksa, has fled the country amidst protests calling for his resignation.

Premium Times quotes BBC as saying that the president left the country in a military jet with information of where he is heading.

The embattled President had announced that he would resign on Wednesday after protesters laid siege to his residence and burnt it down.

Rajapaksa had gone into hiding on Saturday as thousands trooped into Colombo, the country’s capital, to protest.

Also, Prime Minister Ranil Wickremesinghe said he will leave office once a new government is in place.

Sajith Premadasa, the main opposition leader, told the BBC he intends to run for president, once  Rajapaksa steps down. The Speaker of parliament has said lawmakers will choose the next president on July 20.

The 22 million Sinhalese people have been suffering a horrifying financial turmoil with severe shortages of fuel, medicine, food and other essentials amid record-high inflation and a devaluation of the country’s currency. A severe lack of foreign exchange has stalled imports.

The acute shortage of fuel has crippled transportation systems in the country and stopped children from going to school among others.

The same economic crisis and protests led to the resignations of Basil Rajapaksa, a brother to Sri Lanka’s president and the country’s former finance minister, from parliament in June and their older brother Mahinda Rajapaksa, as prime minister, in May.

Headline inflation in Sri Lanka hit 54.6 per cent last month, and the central bank has warned that it could rise to 70 per cent in the coming months as the country is relying on aid from India and other nations.