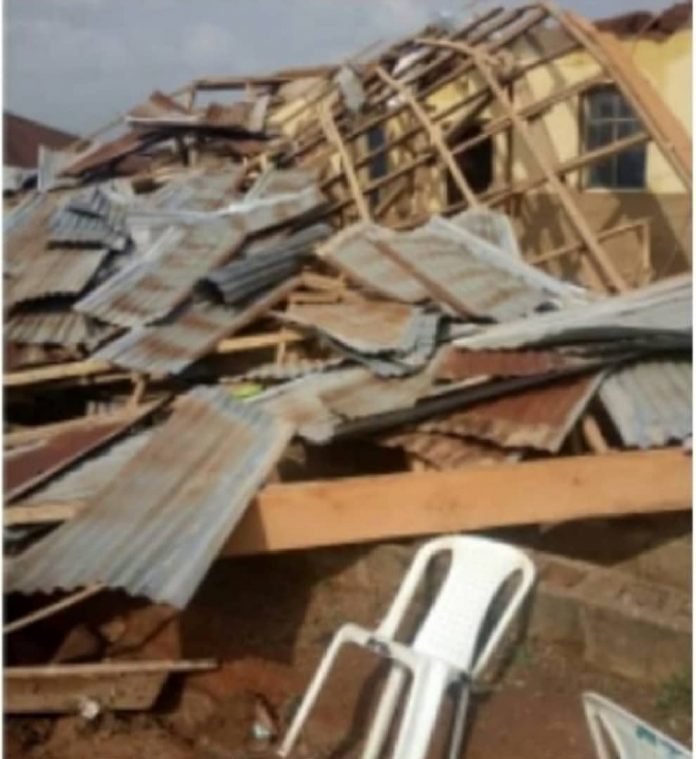 Reports from Ondo State, South-West Nigeria say, a heavy rain storm has wreaked havoc worth millions of Naira in Irese Community of Ifedore Local Government Area of the state

The rainstorm which followed the early rains in Ondo State occurred on Friday night destroying several houses including the community’s health center, city hall, and schools thereby rendering most people in the community homeless.

The storm also destroyed a church and a poultry farm in the town causing the locals to lament the impact of the incident on them and their livelihood.

Some of the victims have called on the state government to rescue them from the difficulty caused by the rainstorm which lasted several hours.

The Olurese of Irese Community, Oba Destiny Saka, who also share in the disaster, said the magnitude of the destruction was beyond the community’s financial capacity.

“I urge the Governor of the state, Oluwarotimi Akeredolu and other representatives of the area to come to the help of the victims who are primarily pensioners,” he appealed.