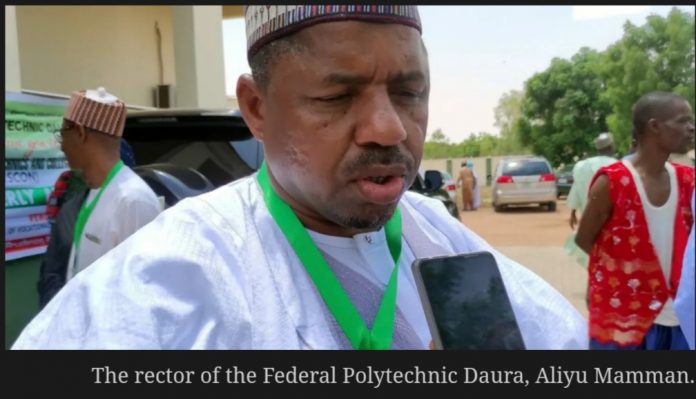 Rector of Federal Polytechnic, Daura, Aliyu Mamman, has expressed worries over what he described as the lack of regard for polytechnic education in Nigeria.

Mamman bared his mind on Wednesday at the 45th quarterly meeting for Bursars of Polytechnics and Colleges of Technologies held in Daura, Katsina State.

The Rector observed that despite the role Polytechnics play in producing “productive and qualitative” graduates, they are not being accorded the deserved respect by both Governmental and non-governmental agencies.

“I’m happy that the NBTE representatives are here. One of the challenges the Polytechnic education sector faces is a lack of respect and recognition by the constituted authorities themselves. This is because anything that has to do with polytechnics is more or less second class but when we talk of the universities that’s where they’re. So this kind of mentality and attitude is giving us nightmares.

“I’m not saying that the institutions are not regarded completely because the Federal Government, for instance, has been maintaining the schools and others are being established but when you compare it with Universities the level of commitment is different,” he said.

The Rector also said despite the technical knowhow of Polytechnic graduates, the “system” has over the years made them “second class citizens”

“Even when it comes to funding, I know that the Universities are not more expensive than Polytechnics but they give twice as much to the Universities as they give us. That’s even one of the reasons the ASUP (Academic Staff Union of Polytechnics) are at loggerheads with the Government. Two years ago, N16 billion intervention fund was to be given to us but even N6 billion has not been released to us,” he added.

He called on the Bursars to take it upon themselves,  in reaching out to the Federal Ministry of Finance, the Accountant General of the Federation, the Budget Office and other stakeholders to get funding for skill acquisition programmes for polytechnics.