Religion Is Not By Mouth, Work With It – Imam Tells Worshippers. 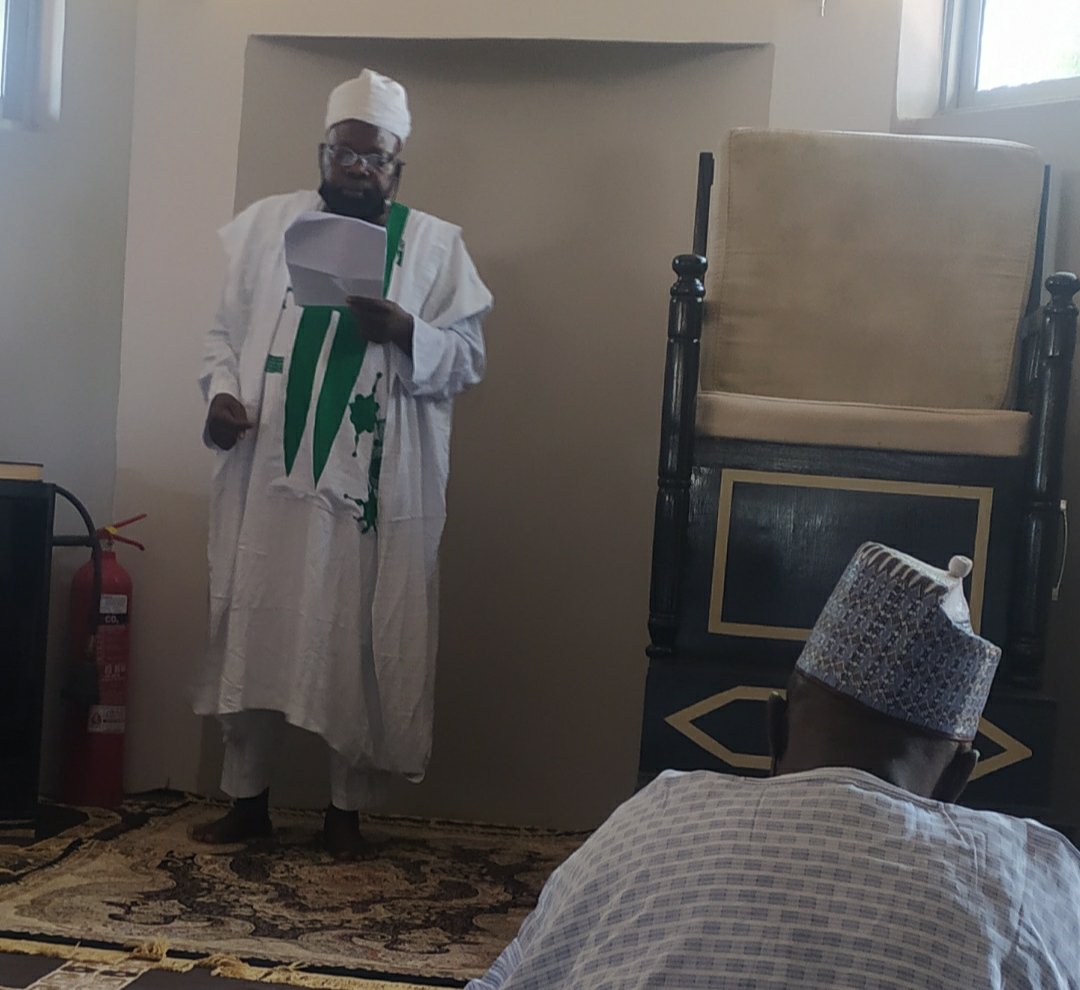 Deputy chief Imam of Fibre Mosque, Jos, Sheikh Auwal Danladi has urged Muslim faithfuls to refrain from doing anything that will harm a fellow human being.

He stated this while delivering sermon shortly before he led today’s Jumaat prayers.

The Islamic cleric who observed that believers are throwing away their faith as a result of their ignorance and selfishness, warned that participating in activities that infringe on people’s rights is against Islamic values.

He said that Islamic religion is not by mouth, you must work with the message.

“What type of people are we? We have a religion but our behaviour and conduct distant us from the tenets.” He queried.

Sheikh Auwal Danladi who enumerated several Islamic values which he said many people have obviously abandoned these days pointed out that the lack of fear of Allah was responsible for it.

The Deputy Cheif Imam noted that cheating and causing harm to follow human being is not part of Islamic religion and called on the faithfuls to desist from that.

He reminded the congregation that even the removal of an obstruction from the road, separating people from fight, good words from the mouth, and feeding animals are all part of Islamic values which a true believer must upheld.

Sheikh Danladi lamented that today the reverse was the case whereby traders deliberately spread their wares on the road thereby causing obstruction to vehicles and pedestrian movements, while others defecates in a places where people always gather to rest.

According to him, many people have taken cheating as a way of life in fragrance disobedience to the teachings of the Holy Quran.

He warned those using their vehicle to block people from passage and the youths who display reckless driving during marriage ceremonies to desist from such act as it does not represent Islam.